How much did HM Treasury give to the banks? 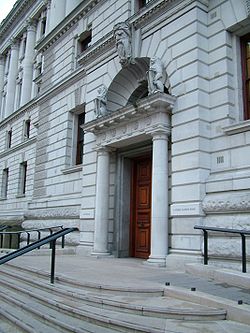 Since the 2007 crisis the Treasury has taken risks with public money to support the banking sector. The goals of the Treasury policy aimed to protect depositors, to maintain liquidity and capital for UK banks as well as to provide loans for credit worthy borrowers. The overall support peaked at £1.2 trillion and as of March 2012 has been reduced to £228bn, showing a way towards the Treasury`s final goals to remove the support, regain the loans and to return the shares of the banks to private ownership.
The financial support falls into two categories: support provided as guarantees, indemnities and commitments and support provided as cash. During March 2012, out of £228bn, £109bn was provided in outstanding guarantee commitments and £119bn in cash. The support scheme reflects a clear preference towards the Royal Bank of Scotland (RBS), the Lloyds Bank Group (LBG) and the split Northern Rock and Northern Rock (Asset Management). During March the overall guarantee support for the sector wide credit scheme was £24.2bn whereas the RBS and LBG received £54.7bn from the Asset Protection Scheme and RBS received £8bn in contingent capital. The outstanding guarantee commitments to Northern Rock and indemnities to Virgin Media following the sale of Northern Rock totalled at £15.51bn. The fourth beneficiary Bradford and Bingley received an overall support of £6.73bn. The Treasury`s cash support scheme is fairly similar to the latter one. The RBS received £45.6bn of support in ordinary and weaker stock shares, Lloyds received £20.54bn in shares, Northern Rock £1.4bn, Northern Rock Asset Management £27.44bn and Bradford and Bingley £8.55bn. Other loans to support deposits only came to around £24.5bn. The overall injection and loans totalled around £119bn compared to the £123.93bn in 2011 and against outstanding guarantee commitments that totalled around £332bn in 2011.

The main beneficiaries RBS and Lloyds have received £66.34bn in shares which have altogether lost £32.01bn of their market value. The favourites of the Treasury support are underperforming their UK competitors and are likely to lead to a permanent reduction in value totalling from £6-9bn. It has become clear that the ring-fencing-policy which the Independent Commission on Banking recommended will take its toll but will have to be accepted as a cost of our economic system that could only be rescued by the means that created it.

The imbalances are being battled through changing capital structures of the RBS and Lloyds Group whereas the RBS is stuck with the dividend access share that makes it hard to turn towards private ownership. Both banks are keen on reducing tax payers’ ownership to reduce the volatility of the share price by reducing their number. The RBS voted to swap ten ordinary shares for one which resulted in no impact during 2011-2012. The second counter policy that seems to lead to a dead end of privatization is the RBS dividend access share that belongs to the government. The dividend access share at the moment is £1.8bn and has to be paid as priority to the government that owns it and keeps it off the market. It becomes unclear how private investors would become interested in buying the rest of the shares if they were going to gain their profit at the end of the list.

The success of the Treasury`s policies can be measured through the ending of the special liquidity scheme and the credit guarantee scheme. The aforementioned scheme ended during 2011-2012 and allowed banks and building societies to swap illiquid assets for Treasury bills. The risk of such action was great and exposed the taxpayer to a £185bn risk. The overall £2.26bn of surplus that the bank of England made justified the means upon which it took action. The credit guarantee scheme allowed banks to replace debt with new issued debt or to repurchase a debt for a one off fee. Luckily no bank made significant use of this facility for most of the debt matured in 2011 and will wind down to zero by October 2012. The asset protection scheme, like the aforementioned programmes, seems to be similarly leading to a safe end for the tax payer. The RBS was the only bank that put assets into the scheme and agreed to bear the first £60bn of the losses and 10% of the rest of the loss. Their total loss only came to around £33bn thereby leading RBS to consider leaving the scheme. The scheme also benefited the RBS by increasing its Core Tier 1 (bank`s financial strength) ratio to 10.8% (the EU requires 9%). The final successful programmed is the UK Asset Resolution (UKAR) shares. Its net value comes to £4.68bn if it decides to sell its shares. On the other side the Treasury intends to make back the losses it suffered from selling the Northern Rock and has decided to raise the interest rates on the loans to UKAR. The Bank of England also operates of quantitative easing programme that provides a tool to boost money supply by purchasing assets, mainly gilts. The Treasury protects the Purchase Facility Fund against any loss whereas the assets are only sold with the permission of the Monetary Policy Committee.

The future of the Eurozone crisis forces the Treasury to proceed with policies that could guarantee the flow of money and investments. The Bank of England has announced a new Funding for Lending programmed for UK banks that lends money at a subsidised interest rate. The National Loan Guarantee Scheme launched in May 2012 is intended to provide lending for small companies. The government will guarantee the debt given to the companies, thereby again putting the tax payer at risk but also leading the economy to a likely growth. The five banks that have joined the scheme are inclined to the Treasury`s allowance that ranges around £20bn of guaranteed bank debt. Moreover in the back pocket the Treasury is ready to allow £15 million of expenditure as a response to the Eurozone crisis.

The UK banking system should be congratulated as it has taken risks to avoid taking worse risks and moreover their policies so far seem to be working to a better extent than the measures of many other Eurozone economies. The ring-fencing-policy may have had its cost, yet not allowing big banks like RBS and Lloyds to fall into danger zones may have saved the country from a cash withdrawal crisis and from the panic that would have followed. The crisis is not over, but the Treasury continues to take risks for the development of the economy, for better or for worse. The new cash and investment measures are ready and now it comes down to whether the money flowing capitalism will bring a boost compared to the overextended fiscal tightening that most of the Eurozone has been forced to follow. One thing is sure, the UK is ring-fencing with a different technique.