Will companies and their designers soon hit a ‘brick wall?’ 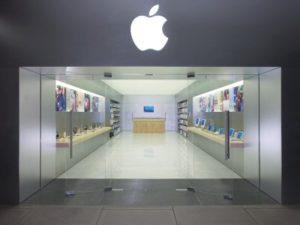 In the endless and extremely competitive world that is modern technology, designers for the world’s technological empires could, in the next few years, be facing a frustrating stalemate as companies such as Samsung, Sony, Apple and Dell battle for the exclusive rights of specific designs and for the rights to get their own ideas patented ahead of each other.

This comes after headlines on Sunday 26th August, which revealed that Samsung were to be fined $1billion (£664million) after a hearing in California ruled that they had had infringed on design patents that belong to their smartphone rivals Apple. The original complaint filed by Apple came back in April 2011 and a verdict has been reached in the last week.

At the hearing, Apple Lawyer Harold McElhinny said that Samsung were facing “a crisis of design” ever since the release of the iPhone back in 2007. Now in my eyes, I think he has a small point. Ever since the release of the first Gen iPhone, there has been a boom in the market for touch-screen technology as a means to, possibly, keep up with Apple after the iPhone started out as a tremendous success.
Only last week I went out to get my phone repaired and, looking around the store, I could not help thinking that apart from the labels that told me otherwise, a lot of standard phones, smartphones and tablets look remarkably similar, despite the millions that the likes of Apple and Samsung use to invest in better and more innovative design. As a result of this, I started to wonder if the lack of imagination of companies such as these may be coming as a result of certain technology becoming more exclusive to individual corporations.

It seems that even the smallest details for any new products that are released onto the market are becoming extremely valuable to companies, especially those using micro-technology. The likes of Apple and Samsung, along with HTC and LG are all engaged in a battle for dominance in a very competitive market and are getting their smallest ideas patented pretty much as soon as their chief designers put pencil to paper in the drawing room.

With regards to the court case over Samsung’s alleged patent infringements upon Apple technology, although Samsung recognised that Apple products were excellent, Sky News reported that Samsung’s lawyers said that the company was simply following the trend being set by all companies developing smartphones and simply delivering what people want in a smartphone: “They want smartphones with big screens”.

It seems plausible then that Samsung are simply catering for the majority of people who want smartphones with a certain layout. However, it looks like it is becoming ever more difficult for companies to be able to put their own USP on any product they release if, like Samsung with their smartphone layout, major ideas are becoming patented to push rivals out of the market. Indeed, the verdict has caused Samsung’s shares figures to suffer as, after being forced to pay $1bn to Apple over the patent infringements, shares in the company dropped by 7.5%, the largest daily percentage decrease Samsung has seen in four years.

With Apple claiming this victory, their exclusive rights on their technology could begin to widen the gap between them and their rivals, not only in terms of funding, but also by remaining the more advanced brand on the market.

For their rivals then, things could begin to get difficult as their designers are put under more pressure than ever to come up with something unique and innovative enough to keep themselves in a good position in the market. There is also the even more challenging task of trying to exploit the ever-shrinking gaps in both software and hardware presentation to avoid the precarious legal minefield in which Samsung seem to become stuck and for which they have paid heavily. Problems like this that are being faced by designers could be why we are seeing such a lack of imagination when we walk into Comet, Currys or PC World these days.
Despite this, however, leading industry experts hold the belief that Apple’s win in this recent patent case, and the rumours that they may look to pursue both LG and HTC over the use of their Google Android systems, may benefit consumers as it will encourage other companies to further innovate mobile and micro-technology in their phones and tablets to widen the market. Luke Westaway, a technology editor at CNET UK, believes he is already seeing signs that companies such as Samsung are looking at alternative and unique ideas, “People designing for other companies are going to start thinking do I want to get in trouble with Apple, do I want the hassle of a lawsuit?”

“I think it could be a positive thing. Already we see companies like Samsung trying things which actually Apple hasn’t done. For example, the Samsung Galaxy SIII has a really big screen and a design that is actually quite different to the iPhone, we are seeing more and more variation already”.

It is good then to see that Samsung is already seeking out new ideas to revitalise a market that seems to be becoming more monotonous each year. However, with Apple beginning to assert themselves more forcefully in the technological world, the task for the likes of Samsung, HTC and LG to come up with further advancements the market is no small thing. Particularly since the introduction of the first iPhone in 2007 has seen sales swing heavily in favour of Apple, whose technology has become the benchmark for their rivals to match. In the meantime, as science needs to have its boundaries pushed further yet again, and as Apple continue to create and impose their dominance, their rivals must look to force their way through the barriers stopping the creative edge that Apple have constructed.

Do the Shuffle… the government shuffle

Do the Shuffle... the government shuffle