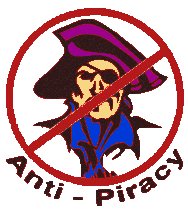 What is ACTA?
The Anti-Counterfeiting Trade Agreement (ACTA), unlike the Trans-Pacific Partnership (TPP) has already been signed. It was signed a year ago by numerous countries, with more and more delegates signing every month.
ACTA was designed to establish international standards for intellectual property rights enforcement following a sharp increase in the global trade of counterfeit goods and pirated copyright protected works.
The title of the treaty suggests the agreement deals with counterfeit goods, such as medicines and luxury goods. However, the treaty actually has a much broader scope and will deal with tools targeting internet distribution and information technology.
Acta has been negotiated as a trade agreement, which has allowed it certain freedoms from democratic scrutiny. Critics argue that this is copyright legislation being pushed through under the guise of a trade agreement so that it doesn’t get debated as much.
ACTA is regarded as many as being a breach of freedom of expression, and privacy as internet users are being examined more closely than ever, with tougher penalties for piracy.
Like SOPA and PIPA, ACTA started as a measure to cut down on the trafficking of counterfeit goods like medicine or designer purses, but it was then hijacked by Hollywood using far-fetched claims about online piracy costs to impel policymakers to act.
Implications of ACTA
The European Commission say that ACTA benefits EU citizens by protecting Europe’s raw materials, innovations and ideas. It also allows Europe’s economy to remain more competitive as Europe loses billions of Euros annually through counterfeit goods flooding the market, protecting Intellectual Property Rights means protecting jobs in the EU. It also means consumer safety and secure products. ACTA has also come in to operation following the number of counterfeit goods entering the EU tripling in the years between 2005-2010.
However, ACTA does not contain any provision that provide for the cutting of internet access or for monitoring of the internet. ACTA is not about checking private laptops or smart phones at borders. The EU Customs Regulation, in force since 2003 and taken onboard by ACTA, includes a clause that exempts travelers from checks if the infringing goods are not part of large scale traffic.
People will continue being able to use their online social networks just as they do today – no change. The respect of fundamental rights such as privacy, freedom of expression and data protection is expressively mentioned as a basic principle of the agreement.
TPP
The Trans-Pacific Partnership (TPP) is a secretive, multi-national trade agreement that threatens to extend restrictive intellectual property (IP) laws across the globe and rewrite international rules on its enforcement.
The TPP contains a chapter on intellectual property covering copyright, trademarks, patents and perhaps, geographical indications
The signing of the TPP is arduous and still ongoing. With the 14th, yes FOURTEENTH round of negotiations set to take place between the 6-15 September. The treaty, if signed, is intended to be much more severe than the ACTA. The TPP will be a ‘law of the land’ in the US and the laws of the United States would be subject to abrogation by an international body that is unelected and unanswerable to the people of the United States.
According to a proposed draft version of the treaty leaked to the public, the United States, as part of its membership in the TPP, would agree to exempt foreign corporations from our laws and regulations, placing the resolution of any disputes as to the applicability of those matters to foreign business in the hands of an international arbitration tribunal overseen by the Secretary General of the United Nations.
However the copyright debate rumbles on, with people claiming fair dealings, the right to critique a piece of work and also to protect public safety and bring to light any wrongdoings (public interest).
The negotiations will continue, but if the TPP is passed, then if people think the ACTA is a threat to internet users freedom, then the TPP is a very serious full scale attack.
Implications of TPP
All signatory countries will be required to conform their domestic laws and policies to the provisions of the Agreement. In the US, this is likely to further entrench controversial aspects of US copyright law and restrict the ability of Congress to engage in domestic law reform to meet the evolving IP needs of American citizens and the innovative technology sector.
Current U.S. law, specifically the Digital Millennium Copyright Act (DMCA), would be supplanted by TPP Article 16.3. This provision in the TPP draft document paves the way for a new copyright enforcement scheme that extends far beyond the limits currently imposed by DMCA. In fact, it contains mandates more expansive than even those proposed in the Anti-Counterfeiting Trade Agreement (ACTA).
It will treat temporary reproductions of copyrighted works without copyright holders’ authorization as copyright infringement. This was discussed but rejected at the intergovernmental diplomatic conference that created two key 1996 international copyright treaties, the WIPO Copyright Treaty and WIPO Performances and Phonograms Treaty.
It will create copyright terms well beyond the internationally agreed period in the 1994 Agreement on Trade-Related Aspects of Intellectual Property Rights (TRIPS). Life + 70 years for works created by individuals, and following the US-Oman Free Trade Agreement, either 95 years after publication or 120 years after creation for corporate owned works (such as Mickey Mouse).