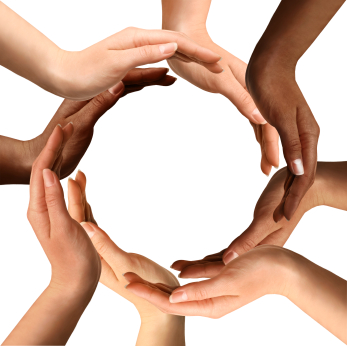 There are currently discussions between ministers about plans to limit the amount people have to pay towards social care, which is predicted to be included in the next Spending Review. Prime Minister David Cameron is said to be very serious about solving this issue after the suggestion in the latest Spending Review that there should be a cap of £35,000 on social care. This was a key recommendation by economist Andrew Dilnot, however there have been no finalised plans as of yet.

One of the options being discussed, thought to be coming into action next year if plans are finalised, is to fund the social care cap through the NHS budget, which leaves the question of what part of the NHS would suffer in order for this new idea to work. However, neither the Treasury nor anyone from No.10 is willing to comment on this.

The current discussions are mainly focused on how the Dilnot Commission’s ideas could actually be brought in, which is predicted to cost £2 billion a year, but will it be worth it?

In a recent statement, the Department of Health said they are still exploring a range of options for the future of social care funding, The spokesman said “any proposal which includes extra public spending must be considered alongside other priorities at the Spending Review”, which brings us back to the earlier point regarding the idea of funding coming from the NHS budget: who is going to suffer?

The same spokesman also claimed that the Government supports the principles of a “capped-cost model” that the Dilnot Commission recommends, which he explains will enable people to prepare for the future and plan ahead so they will not be so “vulnerable to the arbitrary impact of catastrophic care costs”.

Mr. Dilnot himself is said to be “delighted” that “significant steps” are being taken to resolve the issue of social care funding. He told BBC Radio 4 that the £35,000 cap mentioned earlier is “the right way forward”.

However, Conservative MP John Redwood has broken ranks from his fellow MPs to dispute the idea, questioning if it would be “morally right” to use the taxpayers’ money to fund a cap. He also predicted that the coalition Government would “struggle” to make the plans work and questioned if they could really afford to follow through with it.

Mr. Redwood continued to inform Radio 4 that some families are already facing a colossal care bill of over £35,000 and added that he would like to see the issue of the quality of care addressed beforehand.

After his own calculations, Mr. Redwood predicts that the cap will only benefit “well-off” people and believes families could end up paying 90 per cent of social care costs over four years, even with the said cap in place. He also highlighted that the £35,000 cap covers care alone, which would mean families having to pay extra for accommodation and other living costs for their loved ones.

The Alzheimer’s Society agreed that funding does desperately need to be set in place. They believe that, in order for vulnerable people to be protected from big care bills and having to sell their homes in order to pay them, something would need to be set in stone by 2017.

Michelle Mitchell, director at Age UK admits that finding a “10 out of 10 solution” for the issues in social care is “impossible” but backs the Dilnot Commission, feeling that if plans are followed through with then there could be a great step forward for social care.