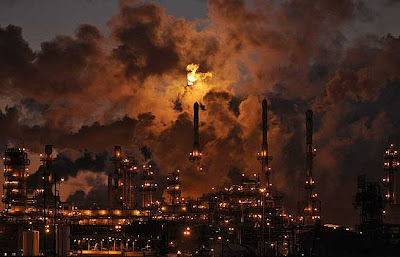 It has been revealed that the UK government has bowed to fossil fuel lobbyists, after leaked documents disclosed that the coalitions proposed plans undermine EU green energy targets.

The news follows the 2nd European Energy Conference that finished April 20th, which announced a €50m drive for renewable energy development in countries across the world, in line with the UN plan to provide global sustainable energy by 2030.

The documents showed the UK government in recent attempts to wane environmental policies put forward by Brussels, despite the coalition proclaiming its determination to be the ‘greenest government ever.’

Only 2% of the population believes the prime minister has been successful in his promise of delivering a strong green agenda, a YouGov poll declared in March. Indeed, the UK still relies heavily on oil and natural gas, heading at 38% and 37.7% of our total energy supply respectively. Renewable energy only accounts for 1.8% of the total UK energy supply.

These latest leaked documents have provoked greater fears amongst environmentalists and business leaders that the coalition is not committed to their original environmental policies and their push for a greener future.

It has been shown that the UK government has repeatedly attempted to prevent the EU adopting a new target for generating renewable energy, making many of the proposals for energy efficiencies voluntary, rather than mandatory which the European Commission states is necessary to achieve the energy efficiency targets.

Alongside this, the UK government is currently trying to stop the EU’s target of augmenting energy efficiency by 20% by 2020 from being legally binding.

The coalition has further tried to significantly reduce the obligations of both the private and public sector to decrease levels of wasted energy, drawing up new measures against the new directive the European Commission has proposed. This is despite the tens of billions of euros these reductions would save the EU from its annual €500bn bill for importing energy.

The leaked documents indicate that Ed Davey, the Energy and Climate Change secretary, has succumbed to lobbying that began under his predecessor Chris Huhne.

The UK government’s above efforts have been backed by the largest six energy suppliers in the country, as noted in their obtained opinions by Greenpeace in an informal meeting held by the Department of Energy and Climate Change.

Within the consultation, most of the companies opposed supporting compulsory obligations to cut energy wastage, as proposed by the European Commission.

Joss Garman, senior energy campaigner at Greenpeace, stated that: ‘These documents are proof that [Davey] has caved in to fossil fuel industry lobbyists fighting to increase our dependence on burning imported and polluting gas to generate power.’
‘With rocketing gas prices hitting families’ energy bills and the wider economy, now is exactly the time ministers should be backing clean energy to provide secure power at stable prices. This is a government that has a too cosy relationship with powerful special interests – and Britain’s bill payers will pick up the tab.’

A spokesman for the Department of Energy and Climate Change said: ‘The UK has been taking a lead role in trying to get agreement on the energy efficiency directive. We want it to be ambitious but it needs to be something that will be deliverable here in the UK and across the rest of the EU.’

Weekend Documentaries: Why in the World are They Spraying?