The Exceptional Exception Of Religion 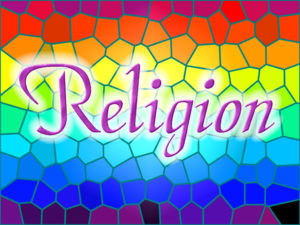 Recent outrage throughout parts of the Muslim world has shown some of the religious community still believes religion is an untouchable entity. There is no doubt the “Innocence of Muslims” film was in ridiculous and bad taste, however, absolutely nothing justifies the violence which has proceeded. The minority of Muslims who are committing these brutish acts need to be condemned for their actions. Nevertheless, this is a minority and the widespread plea for calm among Muslim leaders is a welcoming site.

The religious community has a destructive history towards ‘blasphemers’. For example, many Christians died burnt at the stake for just reading an English version of the bible in the 16th Century. Much has changed since religion ruled the world. The pedestal of religion has been lowered. However, there are still examples of religion’s damaging self-imposed superiority; Catholicism’s protection and failure to report child rapists is a prime example of this. The ability to be above the law because God is in one’s corner is an attitude which cannot exist. The separation of state and religion is a great thing, the US constitution laid out the path for this in 1787. Therefore calls for laws against blasphemy should always be rejected.

Events in 1989 showed why this is true and that the freedom of speech must be upheld, this being a freedom for all and not just the religious. Salman Rushdie’s novel “The Satanic Verses” resulted in the Ayatollah Khomeini issuing a fatwa against him. He was sentenced to death for writing a novel. For 10 years Salman Rushdie had this ‘official’ warrant for his death, he became an isolated figure who bravely chose to stand up for the right to free speech. The British Government abandoned him and many authors, including Roald Dahl, blamed Rushdie for the despicable violence and hatred caused by the novel.

The backlash against the Danish cartoon depicting Mohammed published in 2008 further proves the violent exception some of the religious community believes they have the right, or duty, to take.

There is, however, a different attitude towards the “Innocence of Muslims” and the awaited reaction that will follow the satirical French publication Charlie Hebdo’s cartoon depiction of Mohammed, however. Immediate condemnation has come to those committing the violence. Lessons have been learned from previous examples and there is a wider-spread defence of the freedom of speech. The Muslim minorities committing the violence are now in conflict with many of their own religious leaders. Many of the leaders are offended by the film, however, they recognise the need for peace and unnecessary action. Like the rioters themselves, it is easy to see that the film has been made by a minority and does not warrant the murder of anyone, including a US ambassador.

There are still those who are inciting protests. The Hezbollah leader, Sheik Hassan, Nasrallah on Monday called for 5 days of demonstrations to “express anger” in which he has urged an international agreement to make it illegal to attack any divine religion. This was in Lebanon where days of violent outbursts followed the call. The Pakistani government banned YouTube this week along with the Afghan and Bangladeshi governments. However, the Pakistani government has also declared Friday as a national holiday in protest to the film. In the city of Hyderabad, Pakistan, Shopkeeper Haji Nasrullah Khan has been arrested for refusing to close his shop in protest. His charge is blasphemy and it is punishable by life imprisonment or death. This is a charge based on belief. The Muslim community has every right to be offended; even so, the 3 percent of Pakistanis who are not Muslim should not be punished for their different beliefs.

The French government has exemplified a very mature attitude towards the freedom of speech and understanding of taking offence. The French Prime Minister, Jean-Marc Ayrault, stated: “We are in a country where the freedom of expression is guaranteed, along with the freedom of caricature.” Along with this, street protests in French cities have not been authorised. The greatest achievement of these acts is they are supported by the French Muslim leaders. They too are spreading a message of peace.

This is progress. Free speech being wholly accepted by the religious is a step towards removing the exception of religion. Everyone has the right to believe what they believe, and the right to offend or be offended. However, nobody has the right to commit crime and murder in the name of religion and be exempt from condemnation. This is the message the international community must rally round in order to defend free speech and leave religion rightfully as a personal faith and not a right to act.