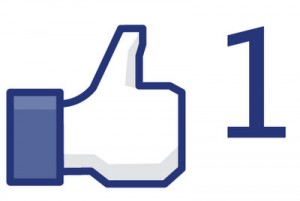 Another day, another lawsuit filed against social network site Facebook. This time over the site’s apparent improper use of users’ information each time they ‘Like’ the page of a product or business. Many of us do not think twice about ‘Liking’ a page on Facebook, particularly if, like me, you only tend to like pages with sarcastic jokes or a dedication to some kind of food, and so we have no qualms about clicking the little blue and white button. The lawsuit in question here points towards the practice of using people’s names and images, without their prior consent, to endorse products or businesses they have ‘Liked’. These so-called ‘sponsored stories’, which Facebook can even post on other websites, have been revealed as an invasion of Facebook users’ privacy. Those involved in suing Facebook have called for greater transparency over what the site actually does with personal information and are calling for an possibility for users to opt out of the sponsored stories platform.

The case was originally filed in 2011 as a class action suit with the possibility of representing the interests of millions of Facebook users across America. The two sides have since come to an agreement with Facebook agreeing to pay $10 million to the lawyers and $10 million to charities. However, the predicted damage to Facebook through lost advertising revenue is estimated at being close to $100 million. It is this issue that has led the Judge in the case to question the amounts stating, “I’m not suggesting there is anything wrong with $10 million… My question is: Why is it $10 million?” More scepticism has arisen regarding the settlement after Facebook put forward their final plans to improve the sponsored stories system which would make users, “capable of taking steps to limit their appearance in those ads”. Note how this mentions nothing about allowing users to completely opt out of the scheme as was requested in the original case. Clearly Facebook are not learning a great deal from the continuous privacy lawsuits against them. Once again it appears that the ‘money, money, money’ mentality of big companies is overshadowing the commitment they should have to protect the people they rely on for their success.

Judge Richard Seeborg, responsible for the final decision regarding the settlement, has been rightly sceptical of the agreement reached by Facebook and has asked both sides to provide further details on how the sum of $10 million was finalised. The failure of Facebook to offer a complete ‘opt out’ option for its users is also something that did not sit well with the judge and will not, I suspect, be something that sits well with the 850 million other Facebook users worldwide.

The Exceptional Exception Of Religion