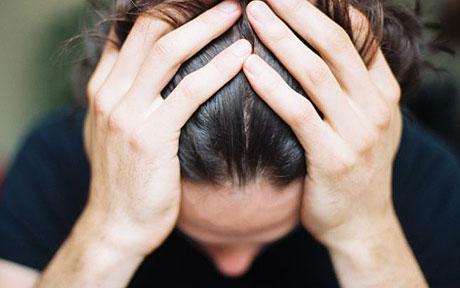 The House of Commons has now passed legislation that aims to do away with what has been described as “the last area of legal discrimination in British law”. The beneficiaries will be the mentally ill, who will no longer face bars to serving as Members of Parliament, company directors, or jurors. Gavin Barwell MP, a Conservative backbencher introduced the legislation as a Private Members’ Bill, meaning that the Bill was not drawn up by the government, however the Conservatives, Lib Dems and Labour have all announced their full support, meaning that the bill is almost certain to be passed.

Under existing rules, MPs who serve prison terms are allowed to retain their post provided their prison term is less than one year in duration. However MPs who have been sectioned (under the Mental Health Act 1983) for over six months must relinquish their seats. Clearly, a grave injustice exists here; if rules allow those who deliberately break the law for which they are responsible to be punished less severely than those who are completely innocent of any wrongdoing and suffer with an issue that does not affect their role, then what justice exists under these rules? Fortunately, today’s consensus says that there is none.

Of course, it was not just a small number of MPs who had to live with such injustice. A blanket ban was in place on the mentally ill receiving promotion to a directorship of a business, which was a guaranteed way to lose UK PLC access to a vast pool of talent and genius. For too often the assumption is made that the mentally ill are not capable of logical decision making, or that their intelligence is impaired. Of course, such a medieval and crude view is not one that fits with reality in the modern world. Perhaps now we have a prime opportunity to campaign against this stereotype.

The first steps towards this were taken when MPs debated the Bill and finally broke the silence on the subject of MPs’ mental health that had always been in place. Members moved each other to tears when giving their own accounts of mental health issues. Charles Walker spoke of his ongoing Obsessive Compulsive Disorder: “My wife and children often say I resemble an extra from Riverdance as I bounce in and out of a room switching lights off. Woe betide me if I switch off a light five times, then I must do it another three times. Counting becomes very, very important. And of course I leave crisp packets and biscuit packets around the house because if I go near a bin I have to wash my hands on numerous occasions.”

Kevan Jones, a former Labour minister, spoke of how he had spent most of the previous night agonising over whether to reveal his experiences of severe depression. He said: “I think in politics we are designed to think that somehow that if you admit fault or frailty you are going to be looked on in a disparaging way both by the electorate but also by your peers as well.” Sadly, he is absolutely right. Examples of hidden frailty litter modern history; from an aging Churchill’s second tenure in Number 10 being dominated by ill health; to John F. Kennedy’s weak spine (the artificial support for it was why he could not duck for cover when he was first shot); to Gordon Brown’s injured eye, which caused an unsympathetic press to make snide remarks about his use of a black marker pen in a handwritten note – to the mother of a soldier killed in combat.

Let us return to mental health. In such an atmosphere of honesty and respect, party politics were cast aside. There is virtually no opposition both inside and outside parliament to this long overdue modernisation of the law, and so we will shortly have the comfort of knowing that we live in a society that is closer to freedom from discrimination.

There is still a long way to go: the introduction of same-sex marriage, for example, is facing severe opposition from a group that Nick Clegg almost described in a speech as “bigots”. Whatever opponents are, they are in a shrinking minority. And of course, women are still underrepresented in the top jobs. Britain is making progress, and equality is within our reach. But we have not got there just yet.

A new education. An old system.