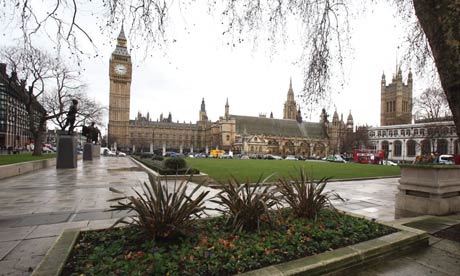 In the autumn of 2011 the City of London witnessed a global movement assemble in protest against the fundamental injustices of societies across the world. The thousands of protesters there represented the interests of millions, even billions, of people. They were there for the “99%”. The Occupy movement, partly inspired by the success of the Arab uprisings, was searching for their own Tahrir Square. Yet in a country where democracy and freedom are judged to be of upmost importance they found themselves displaced. A series of injunctions prevented them, with little justification, from demonstrating in areas such as Paternoster Square and Canary Wharf due to the land being owned by private corporations. The difficulties faced by the Occupy Movement in London provide a prime example for the way in which the amount of ‘free space’ available for full expression of ideas and protestations in the UK is becoming increasingly limited due to the encroachment of privatisation.

Free public spaces have always been important in society. The force behind many protest movements is very often garnered from mass meetings in public spaces. A mass of people united for one cause cannot be ignored in the way a leaflet or petition can. It is an accepted fact that freedom of speech and assembly are linchpins of democracy and that free public spaces are essential in giving a platform to accommodate these aspects of society; yet increasingly in the UK we are faced instead with so-called pseudo-public places. These at first appear totally open and free for the public but are in fact owned and controlled by private companies. Shopping centres are an ideal example of this. With their own wardens and security guards they are a controlled, sanitised environment where businesses, with the help of vague anti-social behaviour legislation, are able to usher away or remove anything, or anyone, that does not quite ‘fit’ or defies the norm. There is no obligation on the part of property or land owners to allow access to anyone for political demonstrations or protests, legally they have the right to refuse entry to pretty much anyone they choose, so as more and more ‘free spaces’ fall into private hands the number of public arenas available for political protests declines.

The growing presence of these pseudo-public spaces has arisen due, in large part, to the ‘urban renaissance’ of post-modern cities. Cities that declined as their industrial centres shrank are now being regenerated with shops, restaurants and new outdoor areas which very often come with some form of water feature or imposing fountain. Liverpool, my hometown, is a case in point with the relatively recent creation of Liverpool One which has completely changed the city following £1 billion worth of investment. Undoubtedly the regeneration of Liverpool’s city centre was sorely needed, not just for the jobs it provided, but it represents a growing trend whereby any investment is seen as positive against a backdrop of economic recession and high unemployment figures. In the long-term this slow take-over by private companies could threaten to severely limit our very basic right to protest. The process is still mainly in its infancy but is gathering pace. In 2006 journalist Anna Minton observed in her report, “What Kind of World are we Building” that without proper debate the UK faces “sleepwalking” into privatisation of public space in a way akin to the gated communities and vast privately controlled lands of the USA.

It may not be an issue at the forefront of people’s minds, or may not seem all that big a problem at the moment when judged against the more immediate issues, but the ramifications for democracy if this creeping privatisation continues could mean our free public space becomes nothing more than an illusion with a nice fountain thrown in.