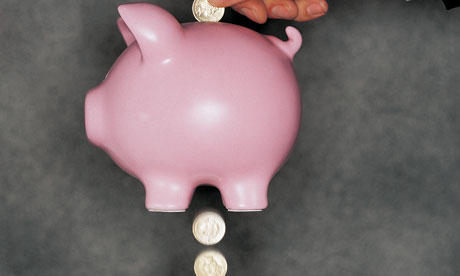 Pensions are never really a hot topic in the news but that has changed recently; ‘young using pensions’ are now the unexpected words on everyone’s lips. Most young people are too busy living their lives to think about their elderly days, believing them to be far in the distance, but the recent recessions have changed that. As university has become more popular the amount of young people with student debt has also increased causing a knock on effect. Higher student debt equates to lower chances of getting on the property ladder. Many students are forced to move back home after university whilst they search for a job or save enough money for a house deposit, and something needs to be done about this.

That is where Nick Clegg and the Liberal Democrats come in. Announced at the recent conference in Brighton was the ‘Pensions for property scheme’ which plans to allow young people to use the pensions of their parents and grandparents in order to place a deposit on a house. The scheme is not universal according to the Guardian and would mainly be used by those who have a pension pot of more than £40,000. Relatives would be able to draw on about 25%, an average of £10,000. Although a great idea, there are fears that older family members could be left out of pocket, hence the scheme is exclusive to those with larger pensions in order to minimise the impact it has on their daily lives. During an appearance on the popular Andrew Marr show, Nick Clegg discussed the idea and described it as a means “to help [young people] get a foot on the housing ladder”. In the same interview he said that it was important to “rewire the British economy and make it fairer to give people more opportunities”.

It is estimated that approximately a quarter of a million people would be eligible for the scheme and around a third of those were expected to take up the offer. Many who are eligible work in the public sector in jobs such as teaching and nursing. Although it has been said that those with a larger pension fund would also be able to use the scheme, the opportunity is not specifically aimed at them. During preliminary proceedings ministers felt that wealthier pension holders were more likely to have other assets available such as property or business to help their children if necessary. Whether or not the coalition – with the Conservatives in the majority who often favour the idea that people should ‘stand on their own two feet’ – will agree is another matter. Many have observed the scheme as a redemption attempt from Clegg after the disastrous tuition fees debacle to get young people back on side, the irony being that many of those struggling in the next five or ten years to get onto the property ladder will be held back by a hefty student debt introduced by the Cameron-Clegg coalition government.

Whilst many families will be overjoyed at the prospect of being able to help the next generation, others may feel obliged to assist even if they do not desire or did not intend to use their fund for younger family members. Of the 7 million people in Britain it can only benefit a small proportion, but a bigger proportion than now nonetheless. Whether or not the scheme is viable remains to be seen. It is now clear you might be too young to have a pension, but you are not too young to reap the benefits of one.

A Students take on EBACCs