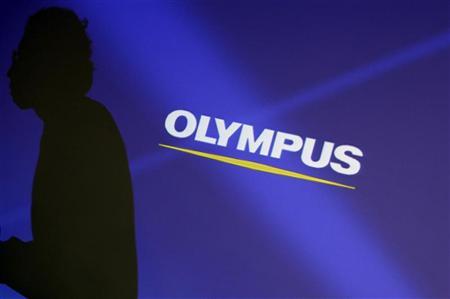 In what goes on record as one of the biggest business scandals in Japanese history, three former executives of ‘Olympus’, one of Japan’s largest electronics firms, have pleaded guilty to charges over an alleged accounting scandal that saw the cover-up of corrected financial statements worth in the region of £1billion.

The news of the charges brought to Olympus’s ex-chairman Tsoyushi Kikukawa, former executive vice-president Hisashi Mori, and the company’s former auditor Hideo Yamada was confirmed on the morning of Tuesday 25th September. It was confirmed that all three had pleaded guilty to the charges made against them, which were related to alleged activity to inflate the net worth of the company with forged financial statements that date back up to 5 years ago and up until March 2011.

When interviewed after the hearing, Kikukawa was quick to accept the blame for the major accounting scam, and could only apologise for smearing the reputation of his company and all affiliated with Olympus electronics: – “The full responsibility lies with me and I feel deeply sorry for letting down our business partners, shareholders and the wider public”.

An investigative panel that analysed the Olympus situation eventually identified Kikukawa, Mori and Yamada as key suspects in the cover-up, which, in part, was identified as a fraudulent system that looked to delay reckoning on a wide number of risky investments themselves and the company had made during the ‘bubble economy’ of the late 1980’s and the early 1990’s, where stock and real estate prices soared, until the ‘bubble’ collapsed a couple of years later which saw all prices plummet to an all-time low in 2003. Last December, the company submitted 5 years-worth of corrected or forged financial statements that, when uncovered and analysed by the investigative panel, showed a gap in their balance sheet close to $1.1billion (£677million) The cover-up proved to be their downfall, and in February the three former executives were arrested over suspected violation of the Financial Instruments and Exchange Act.

The investigation began after former British Olympus CEO Michael Woodford exposed the company’s scam. Woodford was sacked back in 2011 after it was discovered he had been negotiating deals to cover up company losses.

Woodford had originally campaigned to get his job back, but has since pulled out of any attempts to reclaim his position after  declaring that he thought ‘cosy relations’ between the management at Olympus and Japanese Shareholders the firm were affiliated with were starting to put strain on him and his family whilst trying to keep him off the company’s hands. However, the action taken against his former colleagues, with the information he provided to a Japanese district court, will no doubt allow Woodford to crack a wry smile over getting some form of retaliation for how he has felt cast aside by his former technological empire.

It is also interesting to note that Olympus is not the only company that has been involved in suspicious dealings in Japan in recent times. Back in early August, electronics firm ‘Oki Electrics’ were found guilty of generating overstated accounts in their Madrid-based firm ‘Systems Iberica’. As a result of this, they announced that they would miss the financial deadline for the Tokyo Stock exchange later that month, and that their errors could cost them up to £65million (8billion Yen). The company has since been put on watch by the Tokyo Stock Exchange, with the threat that the company could see themselves delisted should further suspicious activity be found. Similarly, Olympus could expect the same treatment should further discrepancies be found in the future.

With Olympus and its affiliates still under investigation by law enforcement agencies across the rest of Japan, and also in the United States and Britain, other business associated with them will begin to wonder if the panel’s verdict may open their eyes to the possibility that the actions of Kikukawa, Mori and Yamada may have collateral damage that could affect their own figures. I’m sure, however, their current competitors, and in particular Mr Woodford, will welcome the setback that Olympus has had. For Olympus themselves though, not only their can their figures suffer from this, but their worldwide reputation can expect to take a hammering over what is one of the largest corporate cover-ups in modern business. The recent scams uncovered at both Olympus and Oki Electronics may make other businesses reluctant to engage too much with financial activity in Japan in recent weeks, and other worldwide companies might cast more scrutiny over one of the world’s largest creators of modern-day technology.

Ironically, I bet they’ll now be regret selling their own top-quality cameras to the journalists who were waiting with bated breath to expose the faces of the accused outside the courtroom.

Information sourced from the following links: