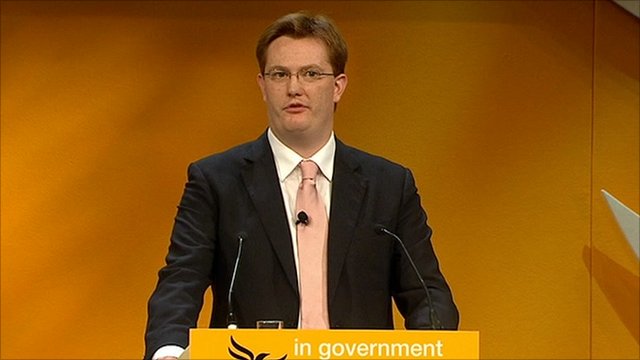 One of the big messages from the Lib Dem conference this week was that the Lib Dems, a party that could be pilloried for failing to stick to any policy (retaining the 50p tax rate, supporting low tuition fees, to think of just two), are adamant that they are going to reduce tax evasion and avoidance. Their commitment to this policy is not surprising: it is popular, sensible and does not involve many hard choices.
In 2010 Danny Alexander, the Lib Dem Chief Secretary to the Treasury, announced that the Treasury was giving an extra £900 million to Her Majesty’s Revenue and Customs to tackle tax avoidance and to create a new team to crackdown on offshore evasion. Before this, there was already a taskforce in HMRC, set up by Labour, focusing on the tax paid by the wealthiest 5,000 people in the UK. However the increased funding meant that the tax arrangements of an additional 350,000 people, each with total wealth of over £2.5m, could be investigated. As a result of this and other measures Alexander announced at the Lib Dem party conference, this week, that the government was on track to raise £4bn this year by cracking down on tax avoidance.

Alexander also announced further measures to reduce tax avoidance and evasion I conducted research for this current affairs website on Members of the Scottish Parliament, Members of the UK Parliament and expenses.: doubling HMRC’s Liechtenstein team and preventing firms incorporated in tax havens from bidding for government contracts and receiving subsidies.
The previous Labour Government signed an agreement with Liechtenstein in 2009 to recover tax from British nationals with accounts in the jurisdiction. This agreement set up a Liechtenstein Disclosure Facility which offered British tax payers with undisclosed income and assets in Liechtenstein the opportunity to volunteer details of their deposits (up to 2016) in return for penalties, capped at 10% of tax evaded over the past 10 years plus interest. Alexander said that the government had expanded the team because they thought the agreement could raise £3 billion, far in excess of the £1 billion originally predicted by Labour.
Alexander said at the Conference that the crackdown against tax dodging at home and abroad was because: “Fair taxes in tough times means everyone playing by the same rule book, and everyone paying their fair share”.

Vince Cable was also talking tough against tax evaders at the Conference saying: “No one keeps their cash in tax havens for the quality of investment advice; these are sunny places for shady people,” and adding that the government were going to crackdown on those using low-tax jurisdictions.

In summary, it appears a dangerous time to be engaged in tax evasion. It also seems strange that successive governments failed to crackdown on evasion and avoidance when it clearly pays to do so and increases equality. It’s fair to say well done to the Lib Dems for championing this policy.