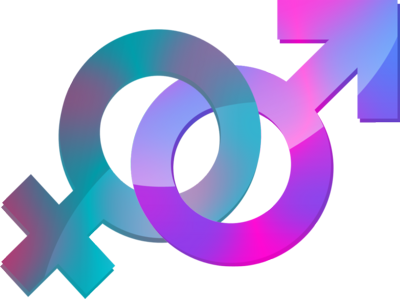 I for one particularly enjoyed Julia Gillard’s recent annihilation of Tony Abott in the Australian Parliament. Abott, as Julia Gillard pointed out, has a history of sexism, including parading beside signs outside the parliament which described Gillard as a ‘witch’ and a ‘bitch’, terms typical of the misogynistic attitude that a woman, no matter her position in society, is still a target for the most rudimentary and coarse sexism. Julia Gillard’s speech was excellent, crushing the arrogant mythology of patriarchy in fifteen minutes, that left Abott looking ashamed.
Julia Gillard’s speech quickly resonated across the media platforms. This we aided, I speculate, because we are at time when feminism is being foregrounded again as other oppressed groups seek to liberate themselves as well, the Arab Spring being the ubiquitous example.
But I would like to leave my analysis there for now. Because, too quickly does the male find that he can applaud the efforts of women who fight sexism, before going on to both patronisingly mansplain the entire context of the struggle -which he cannot and never will fully understand- and seek to portray his own feminist credentials as if he were the reembodied Mary Wollstonecraft. Men should support feminism if they believe in it, not lead it. A perfect example of cross-social unity was clause one of the White Panthers (a black civil rights group made up of whites): “Full endorsement and support of the Black Panther Party’s 10-point program and platform.”
The reason men should only take a supporting role in a feminist movement is simple, again, they can not fully understand what is like to be a woman who has experienced sexism, in the same way that a white man cannot understand the racism experienced by a black person. One can understand the situation, as I do, in terms of the social structures that create the oppressive power relations of sexism and racism, but I cannot say I am best placed to lead the fight against oppression, that is for me to be ‘a man to free women’. To do so would deny women agency and self-determination, reducing them to externally-imposed passive roles no different to the ones they seek freedom from. The male influence on sexism has at either sides of it’s continuum authoritarianism. For men to be the agents of women’s freedom (a paradox, by the way) is the same as the traditional scientific and religious metaphor of ‘women as nature’, unruly, volatile and in need of control. Genuine support lies in not ‘allowing’ women to be free and equal, which is effectively say that men are giving it women, but recognising their agency so that women can make their own decisions independent of patriarchy.
I realise that I am edging towards a mansplaination, but my purpose here is to direct my message towards men and their ignorance, not to advise women on how to lead a feminist movement. Nor am I evoking the gentleman sentiment of ‘after you miss’, that women should of so thankful that men are letting them speak. No. Women are already speaking. Men should do well to listen and learn something, rather than jumping on the podium and to explain what it’s like to be a woman to a group of women. I did this not long ago, eager to throw my clever structural analysis amidst the personal experiences. Rightly, I was told not to patronise them, to assume that as a male my opinion is superior.
I realised that the best way to be a man who believes in sexual equality is not go around explaining to women why they are feminists, but to change my actual behaviour. I know that I am sexist at times, I keep catching myself mansplaining to my girlfriend, or evoking sexist social norms in discussion. For example, I do nearly all of the cooking, and early in our relationship I used to act as if this was some supreme act of feminism because actually, it’s her job, from which I’m liberating her. Total bullshit sexism, looking back.
My final point is this: Feminism is a woman’s movement, men, you don’t need to explain it to them.

Sino – US Relations: The Big Block

Sino - US Relations: The Big Block