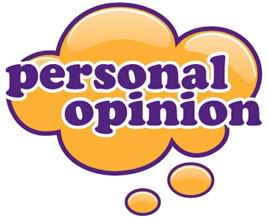 Thank God a politician is proving he’s actually capable of independent thought. Why is everyone so horrified at the idea that Jeremy Hunt has personal opinions? The concern seems to be that because he is in a position of power, he might pass a law on abortion that he finds acceptable but that isn’t in the public interest. But the Prime Minister has clearly stated that the government does not plan to change the abortion law, proving that expressing one’s opinion is not the same as effecting a change.

Some people find it worrying that the Conservative team aren’t all ‘on message’ since it might lead to confused policies; but personally I find it refreshing. It is inevitable that we won’t all agree on everything. Party politics is problematic for me as it forces people to support policies they disagree with just because a whip tells them to. Outside of politics, it is rare for two people to agree on everything: this is what makes conversations stimulating. Rather than shunning different opinions, I seek to enrich my understanding of issues by understanding other people’s views. Politicians have to represent millions of people so I would hope that they were able to digest and understand opinions that clashed with their own, rather than simply acknowledging them superficially.

Politics has become so sanitised, so politically correct, that it fails to communicate with the very people it’s supposed to help. It is performed in a language that is utterly bewildering for the uninitiated. When politicians churn out meaningless, manufactured phrases that have been agonised over by speech-writers, it’s obvious. They might think they can slip pre-packed catchphrases past us, but it’s glaringly obvious when they are reading from a script rather than expressing what they truly believe. Political conferences are like watching re-runs of ‘Catchphrase’; I’d rather they were feisty arguments littered with a censor’s bleeps because the politicians felt so passionately about the rights of their constituents. At least then we would know what we were really voting for, rather than being tricked into voting for a politician who pretended to believe what he thought we wanted him to.

I find Ed Miliband’s brain-washing incantations more sinister than Hunt’s direct expression of genuine opinion. Like Ed, I went to a comprehensive, and if I learnt anything there, it was that it just isn’t cool to express your own opinion. It is best to blend in with the crowd and resign yourself to dissatisfaction and injustice than to challenge the opinions of the majority. Real comprehensives (not the kind the Milibands were lucky enough to attend) all suffer from trying to cater for too many people, so they tend towards mediocrity. I wouldn’t trust a man who was educated in such an environment over someone who’d been brought up to assert their individuality, which independent schools seem to foster. If you ask me, Ed’s speech last week makes him seem more susceptible to agreeing with what his speech-writers tell him will make him look cooler.

Miliband’s unrealistic idea for a ‘one nation’ future is achingly saccharine and homogenous. Against such blandness, Jeremy Hunt’s comment that he would personally favour a reduction of the abortion limit represents a rare glimmer of hope. It shows that underneath all the jargon and image-preening, Hunt is actually a sentient being capable of forming his own opinions based on his evaluation of the evidence. It means that we can relax in the knowledge that we aren’t being led by a group of what the Americans appropriately call pacifiers. Like babies, the plebs scream and shout a bit; like exasperated parents, the politicians don’t really understand our language, but they give us what they think we want. Whether or not we get what we want, we shut up and they can get on with their more important jobs.

Jeremy Hunt’s opinion may not be one we all agree with. That’s inevitable. Equally, we might not all agree with the PM’s claim that no changes are planned. But if we castigate politicians for expressing opinions, we will force them back into the Whitehall where they can make decisions without bothering to consult us. I don’t want government to become any more like a cuckoo clock than it already is, with politicians only popping out once every so often to tell us something that’s already been decided.

A personal opinion should not be marginalised by government- surely that is the point of democracy. It doesn’t mean that we should expect changes to be effected that suit us, but at least we should be listened to and made to feel like our opinions count. If even a government minister cannot speak his mind truthfully, what hope is there for the rest of us? When the government instantly responds to your opinion by telling you that it will have no impact on their stance on the issue, then you might start to resent them a little. This must be particularly embarrassing for Mr Hunt.