There Is No Wizard of Oz In The Eurozone. 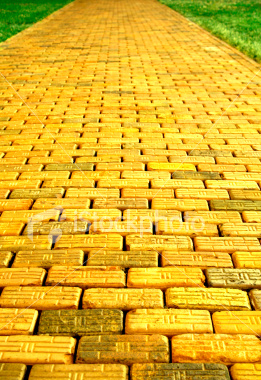 The Eurozone seems to be in dire need of control: fiscal control, political control, borrowing control and moreover a control of government funding that is one of the most important factors behind the curtains for securing the Eurozone from panicking. Mario Draghi (the president of ECB) has been able to push through the proposal to establish an ESM ( European Stability Mechanism) that will buy government bonds on secondary markets thus providing liquidity for the governments, lowering interest rates, reducing default credit swaps and moreover bringing the stock market alive. The ESM will have unlimited purchasing power that brings along strict limitations of economical and fiscal policies for the governments and on the other side opens up new liquidity to boost the economy.

The predecessor of the ESM the SMP ( Securities Market Programme) had the same purpose as the ESM: to bring down the cost of government bonds. This rises another issue as the ECB is allowed to interfere in monetary but not in the fiscal policy of the governments. The president of the German Bundesbank points out that the bond purchases will give governments an access to attractive borrowing rates coming down to the hint as ECB is funding the governments. The argument has two sides due to the impossibility to separate monetary and fiscal policy grounds. The ECB`s governing council along with Mario Draghi argue that high interest rates affect governments, businesses and consumers alike. Moreover now the ECB has noticed that in Germany the real estate loan has a three per cent of interest rate and in Spain a 7.5 per cent of interest rate. It has to be marked out that from 2004-2006 the difference of interest rates was higher although it has gone up again since 2010. This reflects the politics of our time. Until something has proven to be destabilizing and the economy is doing well, the risk will be left hanging in the hope that it will never become a real danger.

Going further back in the crisis it should not be forgotten that the core economies were borrowing money for the peripheral countries to indirectly boost their own profits. What is happening now is indirectly politically the same. Commercial banking had a big part to do with creating the debt of the governments through over expanding the economies. Now the ECB is taking over saving the Eurozone from their own union`s previous greed. Before the crisis Germany exploited the new members with high exchange rates and managed to keep its own production costs low thus bringing the whole economic circle to a close. And now they talk about a unified monetary policy with fair rules for everyone proposing banking union, fiscal union, and economic and political union in the future. But all unions only go so far; Germany does not want to hear of joint Eurobonds and France is worried that Germany will gain more power over national economies. There is a failure to share sovereignty on one part and a failure to share risks on the other ( Eurocrat). The only thing left to share is the money greed made and has to give back in order to keep the Eurozone afloat.
It would be unwise to think that only the core is guilty of the economic troubles. To create a crisis where one side lends in the hope of making money and the other side borrows because the interest rates are low does not strike as balanced transaction. Mario Draghi has waved his wand to make the best out of the worst. It can be argued that ethically and according to some rules the ESM is crossing a line. In the moment, in the middle of a war one must survive in order to go to the hospital and treat smaller injuries. It is possible that a country that gets aid will not follow the policy implications, it is possible that a government will misuse the given credit, it is possible that in the longer run it will be wrong. It is also possible that in reality no one knows what to do as during the last 5 years many policies of capitalism have become to be undermined, mistrusted and yet cherished in the hope that the wealth will return. The US have put a Volcer rule in place as a ban on proprietary trading by commercial banks to lower the risk of public money backing up risky investments. The EU is discussing a possibility of similar policies while the bond interest rates of Spain and Italy have gone down bringing optimism to the securities market. The only magic that has gotten us here is the magic of money and if there was a wand to cast a spell it would say “ stop gambling!“
BY: Tuuli Riit