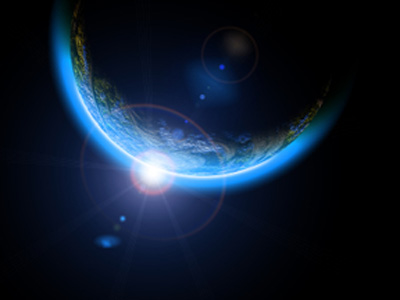 I must admit to being little worried by the faint whiff of Patchouli this article emits. It is not my usual style, I think I must have inadvertently ingested some incense from my neighbour. Rest assured however: my feet are still clad in plain socks (not rainbow-coloured toe socks) and of course you can see them because I am honestly not wearing a floor-length tie-dye skirt.

So I’ve not become a hippie, but I’m feeling a bit sorry for the poor old planet this week. We have been a tiny bit insensitive in our critique of its appalling post-modern production of Summer performed in towns nationwide this year. We’re about to show Mr. Badger that we hate him just as much as he hates ‘society, and invitations, and dinner, and all that sort of thing.’ Third runway plans are a clear threat to fish: they can swim, but they can’t hide.  Oh, and don’t think we’ve forgotten about that pesky lot that can fly: we’re tearing down trees too to make way for space shuttles.

We seem to value satisfying our curiosity much more than the balance of our ecosystem. Pah! That ecosystem’s being going for thousands of years; it is old news, and who cares about that? More and more of us want to discover new parts of the globe, and nobody really has the time or the stomach to spend a fortnight sailing there. And conducting business meetings via Skype just isn’t as efficient as a group spending hours waiting in departure lounges playing games on their iPhones before they can get to their meeting. So we ‘need’ more airport capacity.

Now, at the moment we have got two options for doing this: Option number one, we could add another runway to Heathrow, but if we did this, human deaths from air pollution could by 170% in the next two decades according to MIT researchers. Ah, that might actually wake the public up, and since the politicians have just got us to bed, they’re probably not going to want to do that. So what is option number two? We build a runway on the Thames Estuary. Ooh, we could market it as a lovely sea-side ‘destination’ and build all sorts of swanky hotels and shopping centres. Conveniently, the animals that live next to the proposed new airport are much less vociferous than the pesky lot that live near Heathrow, and nobody really takes the tree-huggers that stand up for them seriously anyway, so we can probably get away with building a runway on the Thames Estuary. Try not to focus on all the pollution floating away into what is nebulously called ‘out to sea’.

Whether or not you think that global warming is our fault, it still seems a bit unfair that we would consider making the fishes suffer for our jet-setting. The least we could do is offer them a free drink at one of our new shore-side bars. Are we really a nation of Violet Elizabeths so determined to get an authentic sun-kissed glow that we don’t care if our fish suppers turn fluorescent as a result? The Americans might have salved their consciences by promising to plant 1,000 trees to replace the ones they felled for Endeavour’s glory lap, but there must come a stage at which we cannot clean up the damage we’ve done. It is irresponsible to assume that we can do whatever we want and pay for the damages later – just ask anyone who’s been trashed by the Bullingdon Club.