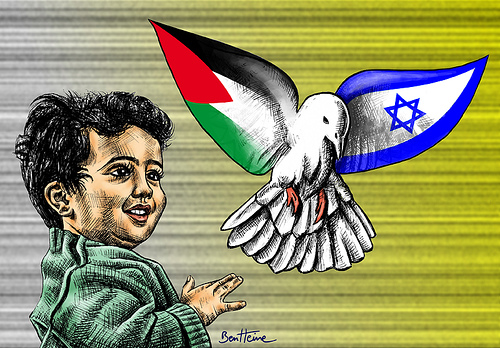 After the Arab Spring began last year, the people in the Middle East and the rest of the world were so much full of hope and aspirations, genuinely or naively believing that this would be a new start for the region. However one year on the situation in the Middle East looks far worse than could have ever been imagined under the likes of Gaddafi and Ben Ali of Tunisia. Obama told the United Nations in his speech how he truly believes the Middle East is on its way up and how delighted he is that the troops will be coming out of Afghanistan with “the mission complete”. I personally am not sure what the objectives of the USA were, but if continuous suicide bombings, insecurity and a dire economic situation in Afghanistan are what the USA was looking forward, then I guess the mission is complete. The truth is (and I am sure Obama knows the truth perfectly well) the Middle East is in tatters. The video mocking Prophet Mohamed has perhaps exaggerated the horrific situation, but to me the violence resulting from the video is just additional fuel to an already raging fire of violence and discontent in the Middle East.

There are a number of reasons why the Arab Springs has not produced the desired results. An obvious reason is of course that after a major revolution nations in general take a while to re-assemble and find the path that leads to prosperity and growth. The second reason is the fact that there are so many different factions and actors within the Middle East. The plethora of religious and political groups fighting among each other is making it very difficult for the citizens to get on with their lives in peace. Thirdly, the continuous tampering with affairs by the United States is not making the situation any better, despite the overwhelming amount of claims that the region requires American help. It does not. The Middle East is an old historic region with a great history and culture, vast past empires and extraordinary people who have blessed our planet with fantastic advancements in science and arts. I am completely convinced that the Arabs can sort out their own problems without the constant bickering from the White House on what the new governments in Tunisia, Egypt and Libya should do. America has its own interest in the Middle East and it would be naive to think they genuinely care about the prosperity of the region. The constant threat of attacks on Iran by the USA and its ally Israel is not helping to establish the feeling of security in the region.

There are undoubtedly other reasons for why the Middle East is in such disarray, however, focusing on the three reasons mentioned above, will the Arabic region find peace again in the near future? Dealing with the first issue of transition after revolutions, time is undoubtedly the right medicine. Nevertheless, time as a medicine can only do so much to heal the severely ill region of the Middle East. Time will only help if the other two causes are dealt with properly. Primarily the USA must stop advancing its hegemonic claws into the region. This, unfortunately, is unlikely to happen. Going back to the speech made by Obama to the UN, he spoke extensively of the need for America to play a vital role in dealing with the violence in Syria and the apparent threat of Iran building nuclear weapons. Undoubtedly Israel is the likely cause for the continuous involvement of America in the Middle East, therefore for as long as the USA and Israel hold a forever-loving relationship the USA is unlikely to change its policy in the Arab region. In terms of the different competing factions within the Middle East itself, it is hard to imagine how these can find a way to cooperate. The different religious actors have been continuously in battle for many years now, especially after the invasion of Afghanistan and Iraq by Western powers. In addition there is now a certain vacuum of power that has appeared in the Middle East since the Arab Spring, one which a variety of actors are now interested in filling. Within Egypt, Libya, Syria and Tunisia a number of political parties and individuals are still fighting for the majority vote from the public.

Due to these problems, it is difficult to see how the Arabic region can step on the path towards peace and prosperity. It is a great shame as the region is filled with vital resources of oil and gas which could have helped the region progress at the speed of Saudi Arabia, if only the Arabic nations could have cooperated together rather than fighting amongst each other. Instead, the fighting amongst the Arabs has allowed the American and European companies to take over the oil while the conflict carries on. Perhaps one day the Middle East will return to its past glory of magnificent empires of Assyria and Babylon, but for now the region will struggle on with violence and insecurity.