Georgian Elections and the Rise of Electoral Authoritarianism 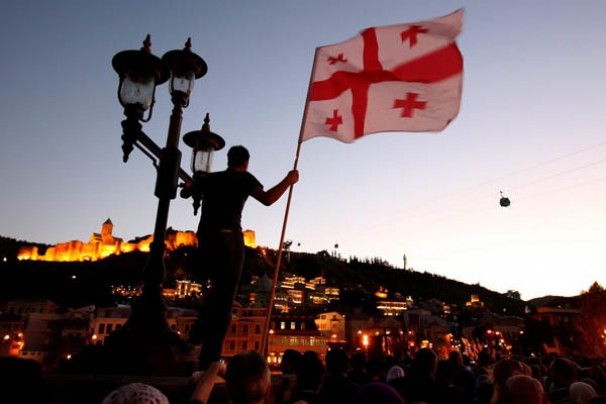 In a meeting with the media after his electoral victory, the leader of Georgian Dream Bidzina Ivanishvili managed to ramble through policies made up on the spot, accuse an international reporter of being hired by his opponent and show certain ignorance about Georgia’s constitution. It was not a good performance which left many to wonder what kind of government could offer the man who had just managed to end Saakashvili’s predominance over Georgian politics.

Previously Georgia had experienced a dirty and divisive electoral campaign, marred by allegations of corruption and vote rigging by both sides. Ivanishvili’s and Saakashvili’s groups had at their disposal various means to influence the elections in their direction and, according to many, they used them. The government did indeed strip Mr Ivanishvili of his Georgian citizenship and did try to control the media, while on the other hand the Georgian Dream coalition used Mr Ivanishvili’s huge wealth (equal to half of Georgia’s GDP) to earn the sympathy of the people. These were not the dirtiest actions: France 24, for example, reports on how the reporter Nodar Chachua was bundled into a car by security forces and ordered to collect compromising information on Georgian Dream’s leadership.

Finally, when the parliamentary elections took place, the worst was avoided; the voting was in most cases peaceful and when Georgian Dream gathered the 54.85% of the vote Saakashvili admitted the defeat of his party, the United National Movement. For the first time in the Caucasus a powerful president was undermined by the ballots and accepted his defeat, making possible a far-reaching change in Georgia’s leadership. A powerful president, Saakashvili, has accepted that he would be spending his last year of presidency in a regime of cohabitation with a Prime Minister from the opposition. This is of course very important and, apparently, has saved Georgia’s democracy. But does Georgian democracy exist in the first place?

In the decades following 1991 academia developed a great interest in so-called hybrid regimes, finding out that governments can be both competitive, in the sense that they do not rig elections, and authoritarian. This interest reflected the history of many countries close to Georgia and stopped their transition to democracy in the mid-1990s without reverting to a full dictatorship. Many concluded that the end of a dictatorship did not necessarily bring around democracy and that elections could coexist with authoritarian regimes and the examples of Belarus, Russia and, more recently, Ukraine proved them right. This has to be remembered when talking about the Georgian elections. Georgia is in an ambiguous position between democracy and a hybrid regime (or pseudo-democracy) for two reasons: the past administration by Saakashvili and the nature of Ivanishvili’s coalition.

Saakashvili’s (and the United National Movement’s) hold on political power has not changed since the Rose Revolution brought him to power in 2003 and, while many important reforms have been made, the government’s records in the field of political reform and the rule of law are mixed. Freedom House wrote that “the government has sought to control the independent and opposition media, particularly broadcast outlets.” Human Rights Watch also reported “concerns include restrictions on the media and on freedom of association, as well as forced evictions of internally displaced persons”. In the field of the rule of law the record of this government is far from being perfect. Today Georgia, with an estimated 24.000 inmates, has the highest population of prisoners per capita in Europe. Recently leaked videos have also shown how horrible their conditions are. Finally one can see from this that, albeit being more democratic than the other countries in the region, Georgia is still far from being a perfect democracy: it cannot be the case if the Georgian regime has been called by the Greek scholar Ilia Roubanis “pluralistic feudalism”.

What may also be dangerous for the future of Georgia’s democracy are those who have won the election. The coalition headed by Bidzina Ivanishviliis is a loose coalition containing liberals as much as ultra-nationalists, united by little except their loyalty to Ivanishvili. The influence that the ultra-nationalists have in the winning coalition is a source of concern for Georgia’s ethnic minorities who have already experienced Georgian nationalism in the past. Finally there is Ivanishvili himself, a Berlusconi-like figure who made his wealth in the savage privatisations taking place after the fall of the USSR. The fact that a man disposing of a wealth as big as half of Georgia’s GDP will head his country’s government is indeed very dangerous. He is, for example, capable of mobilizing immense resources to create and maintain ties of patronage, while conflicts of interests will inevitably arise because of the size of his holdings. For these reasons we may witness another hybrid regime in the former USSR.