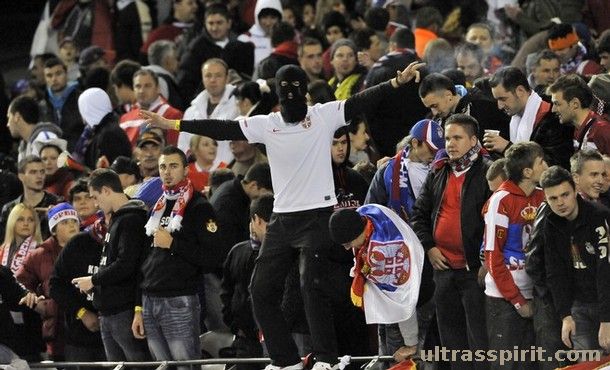 Any form of racism that revolves around football these days, whether it be on or off the pitch, is met with immediate repulsion and distaste by the average supporter of today, and rightfully so. Anyone with an ounce of respect understands that to deprive any supporter of the experience of a brilliant game of football and the addictive atmosphere that comes with it simply because of their ethnic background only symbolises the extent to which some fans now push the tribalism of the game. This of course we already know, and in many cases there is a lot more incentive behind such abuse that needs to be taken into consideration before simply branding any fan(s) with the tag of a ‘racist’; this we know too.

I talk about this as an avid football fan myself, not simply an observer gazing through the TV at the next Sky Sports News bulletin that pops up each hour, and it seems to me that, after many years of watching and following football across Europe, worrying gaps are starting to appear in the plans to quell and dissolve racism in football across the continent. Gaps that UEFA still do not appear, in my eyes, to be rectifying with any great success.

Over the last few months here in the UK, as a result of many years of an ever-strengthening campaign to crack down on racism at all levels, it has been pleasing to see that swift and, more importantly, decisive action is being taken to make an example of those who are connected with such abuse. For example, the incidents of Luis Suarez and Patrice Evra, and that of John Terry and Anton Ferdinand in the Premier League, despite being presided over by differing governing bodies, have seen action taken over alleged (I refuse to express my own opinions over both investigations so as to remain as impartial as possible) racial abuse in both circumstances. This again, we already know.

Bearing that in mind, and in relation to recent allegations, I want to turn my attentions to similar problems seen on the rest of the continent, specifically the racial tension seen in Eastern European nations. In particular in the now separated nations of the former republic of Yugoslavia, there has been, over the past three decades, an endless and violent struggle for independence between nations that has seen the tribalism and Nationalist incentive amongst football supporters intensified in an attempt to solidify their unity to their respective countries. The most intense and publicised rivalry in this region is between fans in Croatia and Serbia.
Both these nations and their fans have come under fire over the years for being at the centre of a lot of racial abuse at both club fixtures in European competitions and at International level. As a result, both countries are met with heavy suspicions, and more often than not, a heavier police presence abroad.

A reputation not helped, of course, by the abuse England Under-21 International Danny Rose reportedly received at the 2013 European Under-21 Championship qualifier against Serbia U21’s which took place on Serbian turf which caused several scuffles between opposing players and resulted in Rose being sent off. This is a situation almost identical to that of former England Under-21’s International Nedum Onuoha, who in 2007 filed a complaint to UEFA, claiming to have received racial abuse from Serbian fans at a European Championship game in the Netherlands.

Prime Minister David Cameron said he was “appalled” by the events and the abuse Danny Rose received at the Mladost Stadium in Krusevac, and called on UEFA to get “tougher sanctions” that would be imposed on such behaviour.

In response, UEFA have released a statement saying “Regarding alleged racist chanting, UEFA will instigate proceedings against the FSS (Football Association of Serbia) over the misconduct of their supporters during and at the end of the match.”
“UEFA will also commence proceedings against the FA for the improper conduct of the England players at the end of the match”.
The investigation into the incident is due to take place on the 22nd November at the next ordinary hearing of the UEFA Control & Disciplinary Body.

Many will be hoping that the action taken against the FSS and their national supporters will incur a heavier penalty than the incident involving Nedum Onuoha, which saw the FSS fined a measly £16,000.

PFA Chairman Clarke Carlisle has called for Serbia to be banned from international competitions for an extended period of time in response to this incident and the numerous instances of similar improper conduct in the past. Clarke Carlisle told BBC Radio 5 Live in an interview “Serbia should be banned because it is a repeat offence”

“Banning them for a start, from any tournament, would be progress but I think if it’s significant – if it’s a couple of tournaments – then that would cause that nation to address the issue that has deprived them of international competition.”

Indeed this is true; this is a repeat offence that is continually causing problems for travelling fans and players. But why is this? Why does a recurring problem like this that has been an issue in world football for ages not seem any closer to being resolved? Why is there a repeated lack of authoritative action from UEFA to enforce and encourage a solution to the problem? Could it be that secrets are being kept within the football governing bodies within countries like Serbia that condone such behaviour?

I look to uncover this in part two of this article and analyse the reasons behind such behaviour and what is being done by the likes of Serbia to tackle an issue that forever blights the beautiful game.