Do they know it’s Christmas? 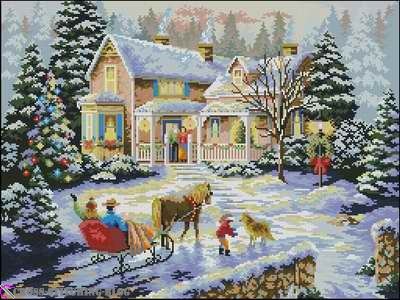 Just like every other autumn for the last 8 years, British recording artists are currently sharpening their elbows ready for a vicious chart war. The position of being the Christmas number one has become the holy grail and musicians from all genres tend to unite against the X factor winner. It’s not really in the true spirit of Christmas, but then most of the run-up to Christmas isn’t these days.

Christmas has become a celebration of expenditure and abundance, and retailers no longer try to hide it. Festivals are no longer about marking significant dates in the calendar: I get the impression Tesco could call for Christmas to be moved to February so that they could boost sales figures for the first quarter and hardly anyone would bat an eyelid. We’re not prepared to wait for anything these days: we expect immediate responses from our friends on Facebook or Twitter, and we’re so unable to bear the suspense of waiting until Easter for Creme Eggs to appear that it is now possible to buy their evergreen version- Twisted- 365 days a year. In fact, on the 24th of December, panettone and hot cross buns will, quite insouciantly, rub shoulders on supermarket shelves.

We’ve lost the joy of suspense, and to compensate we just keep super-sizing things to try and shock ourselves out of the apathetic haze we live in. Nobody has to exhibit talent to impress us now, we’re all just indiscriminate thrill seekers. We’ve resorted to extreme measures, sending Austrians to the edge of space just to watch them fall. Live, of course, otherwise it would be so dull. Where can we go next? A 3-D version of Felix Baumgartner’s fall?

The fact that Halloween and Guy Fawkes’ night both traditionally precede Christmas bears no weight in retail displays throughout the country; with candy canes, toffee apples and fireworks all piled up next to one another in one homogenised saccharine amalgam.

This same homogeneity has spread to the music industry, which keeps on spewing out the same bland ‘number one’ material that we’ve had almost every year since the X factor began. The X factor isn’t really about music, it’s just an accelerated route for fame-hungry children prepared to exploit their familial difficulties to bypass the traditional methods of getting international recognition.

Music has become background noise, songs don’t need to tell a story or affect the listener emotionally. It certainly doesn’t matter if two songs by the same artist are formed from the same mould: as long as the artist wears a different outfit in each video, the songs are classed as completely different. In interviews I heard with musicians banned from performing in Northern Mali, musicians said that they physically could not stop making music: it was like an addiction. If Western chart-toppers were forced by law to stop making music, I doubt it would be the symptoms of going cold-turkey for an addiction to music that would afflict them. In a part of the world where literacy is poor, music is a vital way of preserving history and remembering ancestors. Music brings joy to an impoverished community, helping musicians to enter a world outside their immediate circumstances even if only for a brief time. A shared passion for music had the ability to unite people who otherwise would have been separated by political and geographical boundaries. The on- air spat between Gary Barlow and Tulisa about bad breath on Saturday night’s live X factor final just proves that music isn’t enough to unite an avaricious pop royalty all desperate to beat any opposition.