Election for the first Police and Crime Commissioners 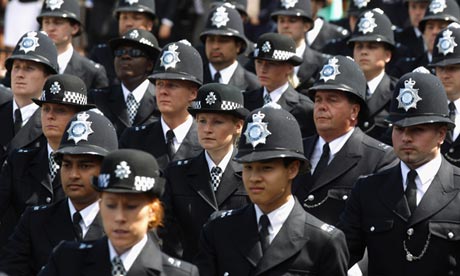 In a few days time, elections will be held in most areas of England and Wales for the first Police and Crime Commissioners (PCCs), who will replace Police Authorities as the leadership local forces. The elections are controversial, however, with a large body of opinion claiming that the “politicisation of law enforcement” is a highly dangerous process. Supporters say that the move will give communities a much-needed input into the provision of services, and a degree of accountability for the overall performance of local forces.

The wider public does not seemed moved by either argument: the Electoral Reform Society predicts turnout will be a mere 18.5%, and will be even lower in some areas. Unlike parliamentary elections, candidates haven’t received public funding to send a mailshot to every home, and so a large number of potential voters, especially groups such as the elderly, who do not have internet access have been left with little with no information about the election. Polling suggests that the minority who will vote are likely to do so along party lines, without consideration for the varying policy pledges.

A further issue is that few are convinced that the outcome of the elections will make any difference. PCCs will have no power to alter budgets, and limited discretion over police actions. It has been said that commissioners’ powers will be limited to deciding which police stations they close as part of the Government’s spending cuts.

It is apparent even now that this attempt to “democratise” the police will be a costly failure. The electorate, on the whole, believe that the role of police leaders should be apolitical. They have little time to spend looking up obscure candidates who will have virtually no effect on their communities, little patience will queuing outside polling stations on a cold November evening, and little interest in the minor issues that the PCCs will be responsible for. And as with all occasions when too much bureaucracy is wrapped around too little power (think parish councils, parent teacher associations, and building society boards), the system is monopolised by busybodies who become detached from their original interests in doing a good job.

In the event of an emergency in which police leaders have to make quick decisions, do the British public want people who have one eye on the media headlines and polling data, or people who are free to take the”right” course of action without fear of political consequences? Britain has long had a tradition of keeping public servants outside of the political world. This contrasts with the United States, in which civil service posts, electoral commissions, and numerous other jobs are party political appointments. This often has dangerous consequences for good government, with gerrymandering, for example, being rife throughout the country. In policing, there could be all sorts of unintended side effects of politicisation.

Ultimately, we have MPs for a reason. If accountability for a particular area of government is bypassed from the House of Commons, it ought to have democratic legitimacy in its own right. Unfortunately, this is not true to say of PCCs, which the majority of the public do not want their taxes spent on elections for, and the Opposition are considering a policy of scrapping altogether. At a time of multi billion pound reduction s in the budget for law enforcement, it seems unacceptable to divert tens of millions, of not hundreds of millions towards unwanted elections. The Home Office clearly lacks the right priorities.

In the case of Police and Crime Commissioners, democracy is not best served by elections.