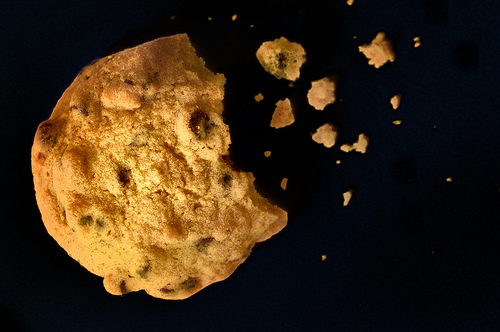 The Indian banking system has been driving its success for the past decades and as a growing industry has been able to draw in investments and freer credit. It is only unfortunate that natural parts of Indian state control as crony capitalism, subsidies and weak performance of public banks have been drawing the progress towards a sovereign debt crisis. The Asian economies have not mastered the art to keep their national capital safe while advancing in the global economy. It would only be wise if Mr.Rajan (the new chief adviser in the Ministry of Finance) would think outside the box and tie India`s public banking system to the countries RBI ( Reserve Bank of India) hence protecting the public assets and credit limit through the new established rules instead of letting in foreign competitors who could eventually take over the market and leave national banking behind.

India`s banking sector has been growing over 20% during the last five years. The non-positive aspect has been the decline or stagnation of public banks performance while the private and foreign banks have been gaining profits on asset returns as well as having lower amount of NPA (non-performing assets). The Indian government sees a need for reforms as the national debt of GDP(gross domestic product) is 48.5% (in 2011). The government deficit is set to hit 8-9% and is starting to endanger India`s borrowing power for the credit-rating is close to downgrading it as junk. This rises as the central problem for India`s economy as of the problem of all emerging economies that have hit the ceiling too fast. The success of emerging economies is driven on foreign capital investments that will be reduced according to rising government debt and inflation that leads to downgraded credit ratings and investment returns. In March 2012 the investment plans for new projects went down 46% compared to the previous year. Another worrying factor is the balance of India`s export and import balance where the gap of higher imports keeps growing and the output of IT companies as India`s top sector is declining.

It has been said that most emerging market governments only carry out reforms when they have their back to the wall (Ruchir Sharma). In translation when it has become apparent that economy that is going too well is like a wild animal that will do what it likes without thinking of the consequences. Mr.Rajan apparently is thinking of the consequences for he has called out for three main reforms: liberalizing the financial system, easing the access of foreign investors to the market and fixing India`s food distribution system that is wasteful and does not cover the needs. It can be argued the taking into account the Basel rules of capital adequacy and new buffer circles to be created by the banks during good times, the whole idea may play out well. On the second thought as India`s government is in sovereign debt trouble and faces a possible weakness of its public banks one can only think who will own most of the capital and possibly infrastructure in the future. From there on one can imagine who is going to pay the high prices of foreign owned services. Every policy that hopes to achieve something fast comes with the consequence- who is willing to pay? And moreover once in the hand of foreign ownership, capital will never be cheap to buy back if at all .

It is lucky for Mr.Rajan that he will have support from another strong hand Mr.Chindambaram (third time India`s finance minister). There is a hope that he will bring back a sense of ownership to the economy. During 1990s Mr.Chindambaram cut government spending and in 1997 lowered the import tariffs and tax rates thereby pleasing the economists with higher returns and growth strategy. It is clear that there are men of action on the board if the corrupt government and crony capitalism will stay out of their way. What will India have in the future is another question. The world economy is still standing on the same feet as ten years ago and there seems to be only one rule that preceds over the rest; the acceptance of slowdown comes second to the risk of fast growth.