Gaza – Israel conflict: Is an end in sight? 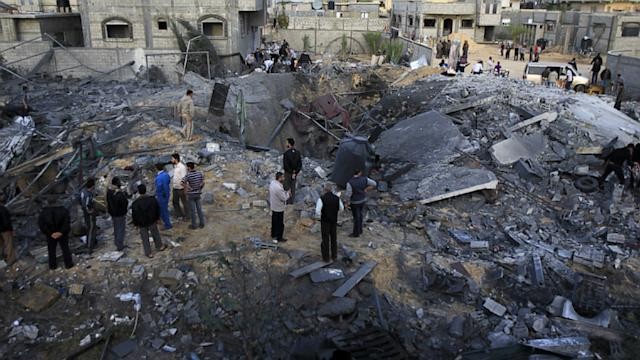 On the 14th of November, when Israel strategically killed Hamas’s military leader Ahmed Jabari, and the current attacks on and from Gaza started, my social media erupted, as would be expected. What was unexpected was that I found the main hero of the conversation to be the BBC (for the first time in a while). Pro-Israeli friends posted angrily against the BBC’s ‘biased reporting’, a quick scroll down and Pro-Palestinian friends had written much the same message. The BBC I decided, must be actually giving an impartial report and my politicised Facebook friends were angry that it wouldn’t just agree with them.

It’s hard to be impartial here, there are so many isms and ists floating around that it’s no surprise most people would rather listen to one category and follow their views instead of trying to work out the whole mess. Islamists, zionists, atheists, nationalists, internationalists, imperialists, democratists, the list continues, each with its own take on the violence, on the occupation, on the legitimacy of either state or any solution.

And solution is the word thats being bandied around now, I say now, it’s been a good few decades in the making, the question is whether these new developments will help or hinder any kind of solution but also remembering that no solution will appease them all. Two State Solution? What about the (illegal) settlements in Palestinian land? Or those who still believe Israel should be wiped off the map? At a talk at SOAS a few months ago I heard a compelling argument by two academic writers that the One State Solution is the only way forward, that Israel needs to end its apartheid-esque treatment of Palestinians and its blockade of Gaza, it needs to give equal rights and opportunities to everyone within the country and needs to help build up crumbling Gaza but will a better living standard appease calls for a state? And how can any of this be sorted out when religion is involved? With religion such a major point of the conflict its more understandable why the conflict continues, there’s something slightly irrational about the whole thing.

This last week, though, has gone much as expected. Israel fired rockets into Gaza and Gaza fired rockets into Israel and both blamed the other for starting it. Hilary Clinton went to Israel and said it had a right to defend itself and Egyptian Prime Minister Hisham Qandil went to Gaza and said Egypt will not watch quietly. So what makes it different from the last time? When Israel launched a ground invasion for exactly the same reason as what was recently occurring – to stop rocket fire from Gaza. Two things have changed – international pressure against Israel has increased and The Arab Spring.

Israel has lost the media war, as would seem obvious. The international public are more inclined to support the Palestinians who have been starved and caged in their own occupied country, than the Israelis who perpetrate the atrocities. Israel is learning that they cannot hide behind ‘self-defense’ anymore, especially as their enemy gets more and more defenseless. Mistakes like storming the flotilla carrying aid bound for Gaza and killing 9 activists on board have done little but make them look like an ultra-aggressive militaristic country, few people are still sympathetic, even President Obama has railed back the usual Pro-Israel stance taken by the White House with a much more pragmatic one, calling for an end to Israeli settlement building. A report on RussiaToday during the recent exchanges showed that the hashtag #GazaUnderAttack was getting spread ten times more than the hashtag #IsraelUnderFire, similarly for #PrayForGaza against #PrayForIsrael.

The Arab Spring has changed the political landscape of the Middle East and one of the major ways we might see that is in dealings with Israel. Without the dictators looking to keep regional stability to hold on to their power Israel is much more at risk, newly democratised countries like Egypt will now need to act like political parties vying for votes and voters in the Middle East want a tougher stance on Israel. Whereas before if Israel launched a ground offensive it could be certain to get the usual condemnation without action, now it can’t be so sure. Not to mention how badly Assad in Syria would want to take back the Golan Heights and try to scrape any kind of popularity at home it might bring him, at the very least keep the Syrian population’s mind off their countryfolk dying.

Now, with this current ceasefire I think my point has been proven. Israel has totally stopped firing into Gaza, it knows it needs to look like the sensible party at the negotiating table if it’s to garner any real outside support, hence why, even though it was reported that after the ceasefire was declared rockets were fired from Gaza into Israel, Israel decided not to respond. If this continues then maybe high hopes can be had for the next talks, with Israel realising it can’t be the aggressor and Palestine with real support behind it, as well as Egypt mediating. There was jubilation in Gaza city at the announcement of the ceasefire; no one wants this to continue.

When talking about the problems between Israel and the Palestinians it’s hard to get your hopes up for anything and if you do, you easily run the risk of seeming naive on the topic. But this time I have a little inkling of hope, that with the new circumstances internationally putting pressure on the talks, we might see something that looks better than the situation now but, without risking being naive, that’s as far as I’ll go.

How the White House was Won