Virus in the system: US and China cyber battleground could have dramatic consequences 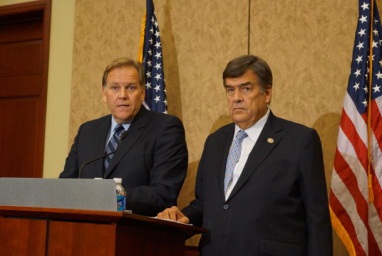 As we all know, two of the world’s major empires are currently in different stages of major transitions in power. The US bracing itself as the heat rises on what is already a tense battle for that seat in the Oval Room at The White House, and China ready to accept their new leader of the People’s Republic. In what was always going to be a political minefield of new ideas and big changes for both nations, it seems that the strained patience between both the US and China has been stretched further in recent months. In particular, with the political involvement have both had in each other’s territories, and with regards to telecommunications and computing business and sales between them, upon which, both nations complement each other with their ever changing advances in technology, which always culminates in an endless and chaotic scramble to patent their own ideas and get copyright for their own technology.

It is this competitive world market for technology that is once again making the headlines in both countries, when it was announced on the 9th October that a US House Intelligence Report warned consumers and the government that two of the largest telecoms companies in China, Huawei and ZTE, pose what they believe to be a ‘national security threat’ to the US, after both companies failed to address fears in the US that their suspicious activity in recent times might infact have something to do with the close relationship both companies share with the Chinese government and Chinese military.

The report had been following up what they claim were “credible allegations” from current and former employees at both Huawei and ZTE that both companies were involved in several incidents of bribery, corruption, discriminatory behaviour and copyright infringement.

The report also looked to turn the attention of the government to, what they believe to be, a particularly vulnerable system in China that is either very lazy, or concerned very little with the possibility of hacking and corruption amongst software and online internet addresses on Chinese technology.

Since then, both ZTE and Huawei have worked to deny the accusations, and ZTE published a statement which was quoted by the Xinhua News Agency on Chinese national television. “ZTE has set an unprecedented standard for co-operation by any Chinese company with a congressional investigation”.

The backlash from the US government was to be justified somewhat, given that China’s reputation as telecommunications and computing providers has taken a beating over the last few months. Only last month, Microsoft’s digital crimes unit took custody of a web domain registered to a company in China believed to be distributing malware and a lethal virus called ‘Nitol’ due to poor company security on that domain and all sub-domains connected with it. It was also discovered in that investigation that cyber criminals linked with that domain had managed to infiltrate poorly controlled supply chains for Microsoft in Chinese warehouses manufacturing the latest hardware, which meant that malicious software was being installed onto hard drives in Microsoft software before they were finished, meaning these devices were infected before they had even hit the shelves!

Not only that, but back in July, the FBI investigated allegations made against ZTE that they had been selling banned US hardware to Iran, including hardware created by the likes of Dell, Oracle and Cisco, all of which added up to a total of approximately $120million (£80million), and it doesn’t look like it will be getting easier any time soon, as US presidential candidate Mitt Romney has already gone on record as saying that if he comes to power he will label China a ‘currency manipulator from day one’.

The Chinese government has pleaded with Washington at this time to “set aside prejudices”. Although there is a recognised neutrality overall between the two nations, both of them, particularly the US, are very intent on remaining aware of what each other are doing in terms of advancement to make sure that neither will be pushed out the technological market by one another. Indeed, President Obama’s rather assertive initiative toward Asia certainly caught the attention of the Chinese hierarchy, especially when the US was criticised over their supposed involvement in the territorial disputes in the South China Sea. However, it could be fair to say that the US are going to be naturally sceptical over Chinese competitors on their soil, especially with the implications that ZTE have been illegally passing over banned equipment to other countries.

A worst case scenario would see both the US and China refusing to co-operate on the matter, and the resulting stand-off could see the withdrawal of production in both countries and see them both starting to trade exclusively within their own borders. This, in my eyes, would be catastrophic for the entire technology market. On the one hand, a major section of the industrial colossus in China would start to become prone to collapse without any ability to trade with the US, where the majority of the figures for their sales abroad will no doubt come from. On the other side of things, however, the US may discover that their dependence on the enormous manufacturing process in China alongside their own could become their downfall if they fail to find the appropriate workforce equal to that of the worlds most populated country.

I imagine, to anyone reading this, this may sound a bit far-fetched. But to the rest of us who live outside of the political strategies, should prejudices and allegations in this market get the better of both nations, we could see a seismic shift in what technology will be available to us all, a daunting prospect in my eyes, as we as a race become ever more dependent on the gizmos evolving around us.