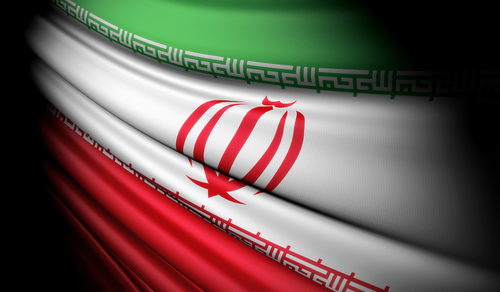 The Iranian regime has become infamous for its crazy plans: wiping Israel off the map, the acquisition of nuclear weapons, the supporting of the Syrian regime. All these ideas would be laughable if they were not likely to cause harm and suffering to millions, not just within Iran but internationally. One of the current plans of the Iranian regime has largely gone unnoticed since its inception in 2011; that of creating a nationwide intranet, an internet space closed off from the international online community to further censor the internet access of Iranian citizens.

Of course, there is no guarantee that this Iranian system will be either forthcoming or indeed succeed. It is widely acknowledged, not least by US security officials that any plans to make a nation-wide intranet are doomed to failure, and Iran already has some of the highest levels of internet censorship globally. However, while Reporters Without Borders claim that this means that this new move is likely to be merely a political gesture, I cannot help but be left in doubt of this conclusion. Currently, Iranian’s rely on using proxies to escape the regimes current censorship levels, yet it is not known whether Iranians will have access to these tools within the new Iranian internet system, potentially starving Iranians of the goings-on of the international community and massively reducing the likelihood of the removal of the regime headed by Ayatollah Khomeini and his sidekick Mahmoud Ahmadinejad.

The importance of this move can be found in the Iranian uprisings seen most recently in 2011 and 2009 that relied on the use of social networking sites such as Twitter to orchestrate widespread resistance to the regime. At the time, the regime was only partially successful in regards to censoring access to Twitter so as to forestall any rebellion. However, if the Iranian government was able to make 100% sure of the fact the Iranians could not use the internet to plot against the regime the chances of similar, more successful uprisings would be even slimmer.

A further problem is the lack of support from the outside world available to Iranians. During the recent uprisings, the world stood shoulder-to-shoulder with Iranians as much as possible via messages of online support and the viral spread of news and media from inside of Iran. These methods of communication could potentially be cut off and Iranians would be left feeling very lonely and increasingly hopeless.

A further motive for the Iranian intranet is the fact that the country finds itself slowly drowning under a tidal wave of cyber-attacks, most likely conducted from the USA and their allies, in an attempt to slow down amongst other things, the building of Iranian nuclear weapons.

Furthermore, the new intranet system will make an already shockingly authoritarian regime increasingly totalitarian. The Iranian government already has a near monopoly over Iranian media: TV, news, radio to name a few. No tyrannical, totalitarian regime has managed to survive without widespread control of media outlets and tools of propaganda, and if the internet (as a whole) was added to this list, the Iranian regime would have an extremely formidable propaganda platform from which to spout its racist, homophobic, anti-western rhetoric.

Interestingly, the Iranian elites: government officials, the rich, state-favoured businesses, will retain their access to the international internet, yet any revolution from above in Iran is highly unlikely.

An Iranian intranet threatens to cut off Iranian citizens from the outside world in a similar manner to that of North Korea, where news of inside events is hard to come by and has to be extracted from dubious state given messages.

Whilst the outcome for the Iranian government of this plan is potentially life-saving, the outcome for normal Iranians and the international community may well be to lose touch completely with the 74 million plus Iranian population. There is little that the outside world can do to stop the building of the Iranian intranet, besides further cyber-attacks and hopefully allowing Iranians to access the worldwide web if and when the new plan does come into action.

However, it would be a dangerous precedent to allow a nation-state to separate itself and its citizens from the outside world, particularly in a state where the government’s human rights record is so woeful, therefore anything that can be done, must be done, to keep Iranians in touch with a worldwide community that longs to see the country move towards a more peaceful and integrated role in the worldwide community.

Why Labour are right on the benefits cap