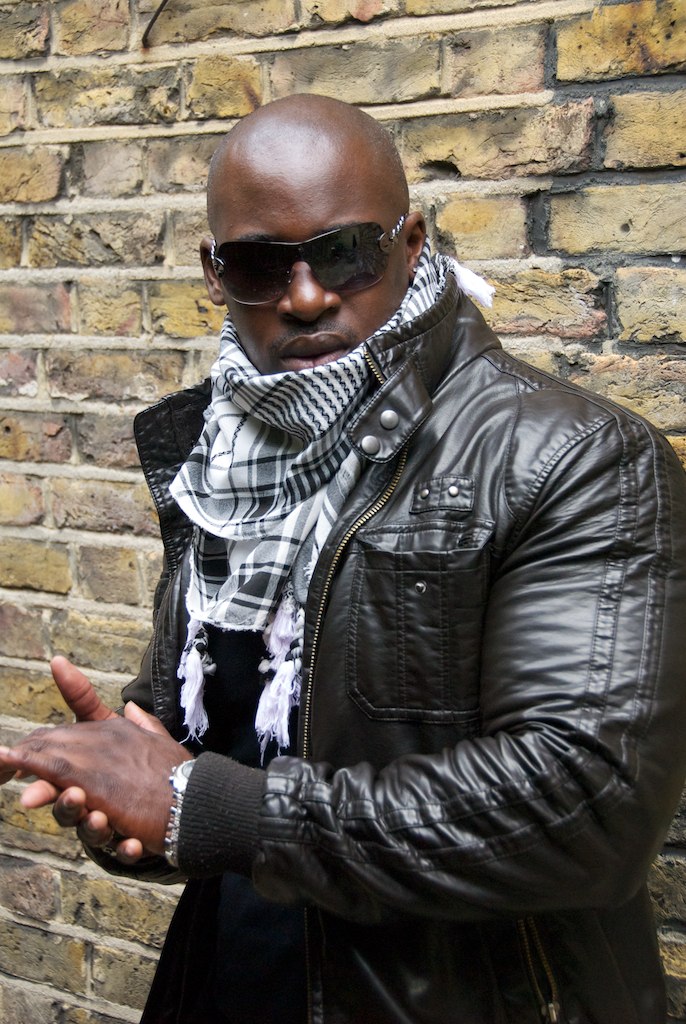 Fredi ‘Kruga’ Nwaka, alongside being a rapper and film director, is the founder of C.R.I.M.E., an organisation that tries to help troubled youth and ex-gang members to launch their own careers in media and music. C.R.I.M.E. has recently made the short film ‘If Only…’ and is currently developing a new project ‘5 Gs’.

We Sent James Tennent to find out more..

1. Why did you choose the pseudonym ‘Fredi Kruga’? Surely the violent connotations are what you’re working against?

I’ve had that name for over 20 years now and it stems back to the days when I was involved in gangs and music. In fact, it wasn’t me that chose the name…the name chose me. I used to be very handy with two flick knives and that, added to the fact that my name is actually Fredi meant that all those around me called me Kruga. As time progressed I actually tried to get rid of the name but to no avail, as nicknames often stick. I’m sure though that those who know of Freddy Kreuger, the film character after which I was named, do not expect me to pop up in their dreams and attempt to savagely kill them.

2. How do you find the young people who take part? Do they come to you or do you seek them out?

The young people we work with come to us in various ways. Some are referred to us by outside agencies where as some come to us directly via our website. I personally, have a lot of young people who contact me directly through social networking sites such as twitter or facebook ( www.twitter.com/fredikruga) and ask to work with me.

3. Why do you think violent gang-culture exists? And what is not currently happening to tackle it?

Gang culture has always been around and always will be. So long as their is a social divide between rich and poor, a lack of finance and resources and a decreasing amount of activities for our young people to engage in, nothing will change. I also think the term ‘gang culture’ does not really help, as alot of these individuals do not consider themselves gangs. A great deal of those we work with are just groups of friends who have known each other for years, some as far back as primary school and who have now grown into young men. As they have grown, their activity has changed and they have now been labeled a gang. Tackling so called gang crime has a long and tricky road ahead of it and in my eyes its more about containing it then tackling it. I think it starts with listening. A lot of those involved in the youth sector have NEVER been on the frontline, sat and spoke to these violent youth to even understand why they do what they do and therefore are not trusted by the same people they wish to help. That’s what makes C.R.I.M.E different to a lot of organisations. Some of our team have been involved in serious crime and yet have now turned their lives around and use their experiences to help teach and deter others.

4. You are described on your website as an ex-gang member, how did you get out of gang culture and what pushed you to leave?

I was involved in a serious South London gang called the ‘Untouchables’. During that era, the only other gang that was as serious or, (back then, I would have not admitted it,) more serious was the ’28s’ from Brixton. I also worked for a number of other gangs collecting money which then progressed onto security and bodyguard work. I was also involved in music and spent a great deal of time between the UK and the US. As my career became more successful I found less time to be running around on the streets getting into trouble. I found myself hanging out with the likes of The Notorious B.I.G, TLC, Buju Banton, Mary J Blige, Wu Tang etc to name a few, partying in Miami, Atlanta and New York and this became far more exciting than the streets of Brixton and Clapham Junction. I also started to bury my friends and associates at a scarily increasing rate and this also helped me make my mind up that it was time to get out. It’s only a matter of time before your life style catches up with you and I’ve come close far too many times. You either get out or it gets you out.

5. Your organisation teaches “troubled young people, gang members and ex-offenders” skills in the film industry, how useful do you think this is for their future? Are there other areas of expertise you think should be taught?

My company uses the tools and skills of the film and music industry to engage young trouble people, gang members and ex-offenders. After researching and talking to a number of young people across London boroughs, one thing they all have in common is that they have a strong interest in music or film or both. Using these avenues as a tool, we are able to work with young people while also teaching them people skills, social skills, self-encouragement, and motivational techniques with an aim to help create future role models. My team is made up of those who have lived the life hands on, some who have spent many years in the british judicial system. We also have a professional team of mentors, counsellors, motivational speakers etc so we are more than equipped to work with our youth. Another great thing is that we actually care about those we work with and are not afraid to engage.
One of our key mentors, Princess Roberts has done some phenomenal work in the community. As has our gangs outreach worker David Savizon.

These are two names that are at the forefront of the C.R.I.M.E project.

In defence of Prince Harry…

In defence of Prince Harry...