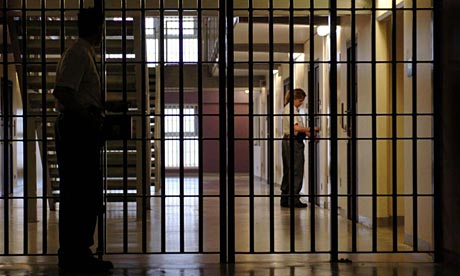 Prisoners reoffend. It’s no secret. But with more than half still reoffending within the first five years, it’s now also the government’s last nail in the coffin for the state-provided probation service. The answer? Privatise probation; put it in the hands of those who really know what they’re doing. I recently spoke to Karis Barnard, centre manager for a charity right in the thick of the issue: Only Connect*.

As we talk I realise that her concern has never been the threat of the hardheaded businessman, filling his pockets in the chaos of the change. Her reaction is solely characterised by empathy, empathy for the offenders she sees on a daily basis.

Offenders need to be loved; she and I both easily come to that conclusion. Without discipline, however, none of us can be expected to recognise right from wrong. Is it so outrageous to suggest that by combining the probation service with charitable support, offenders could receive love and discipline from the same place?

“I think it would be hard to escape the associations that offenders have made between probation and the system”. Her emphasis of the word ‘system’ renders air quotations unnecessary. The system is the enemy. The system is neglect, abandonment, victimisation; it’s the thorn in their side. “If we had the ability to send them back to prison, they would never trust us…our impartiality is what allows us to get involved in their lives and help them to change.” I ask her whether they ever discipline at Only Connect, or whether she considers love and discipline to be mutually exclusive. She shakes her head. “We discipline in a very different way – not out of statutory regulations, but by creating a community and a family.”

The amalgamation of these two distinct roles in the life of an offender would create for them an entity that under-performs in every respect. The boss of Only Connect himself has conceded that small social organisations often lack financial and managerial expertise. Such charities would be poor administers of probationary service, and the role would inherently inhibit their more valuable functions. So yes, cutting the probation service would initially save money, but to institutionalise ultimately relational charities would be to nullify their effects entirely. “There are so many delicate parts in the mind of an offender, not to mention how many have possible personality disorders. To try and foster loving relationships whilst still being an arm of the government… it’s an interesting concept, but I just don’t know how well it would work.”

Justice Secretary Chris Grayling wants to have his cake and eat it too. The probation service is failing, agreed, but it falls down on its inability to provide offenders with genuinely unbridled attention; “so many of the guys don’t even know the name of their probation officer…I rarely see them providing the love and care they should be, to love someone away from committing crime.” Without additional funding, the voluntary sector will undoubtedly suffer the same failings.

If the government does not recognise the need to empower charities on the ground to truly effect sustainable change, it will be forced to shell out its hard-reclaimed cash combating the long-term fallout of increased rates of recidivism, over-populated prisons and a generation of ex-offenders ill-equipped to raise their children differently. There are no shortcuts; we need to spend money to save money.

Alternatively, why don’t we just saturate the nation with unemployment by making 20,000 probation workers redundant all at once? Nice one.

* Please note, Karis Barnard’s views are her own and do not necessarily represent the views of Only Connect or her colleagues.