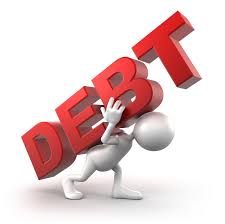 The Eurozone crisis is starting to reach its limits as talks of possible euro-exits are discussed as options of economical escape. Mr.Draghi, the president of ECB has pushed through the only possible way to escape from too expensive bailouts that Spain and Italy might need. A new plan will forsee an unlimited OMT (Outright Monetary Transactions) through ECB that will work in conjunction with European Financial Stability Facility or European Stability Mechanism programme with a purpose to buy an unlimited amount of bonds with maturities of one to three years.

The aim of the plan is to reduce borrowing costs for the struggling countries as well as to force them to follow prescriptions in accordance with the IMF in order to achieve tighter fiscal policy in accordance with national governments. The previous Securities Market Programme was limited in size and did not bring enough credit relief for the struggling economies for the announcement of OMT has already shown results of higher trust through lowering borrowing costs and yields on 10-year government bonds bringing them under 6%.

The president of German Bundesbank, Jens Weidmann has opposed the plan on the grounds of bringing risks of dependence on the central bank thus facing threats of inflation and fiscal irresponsibility. Angela Merkel along with ECB`s board member Jörg Assmussen agree with the common point that the eurozone is in desperate need of buying time to recover and time at the moment is cheaper that than risking to face likely bailouts that may come their way. The OMT`s strategy supports the previous thesis as the bank will withdraw as much money from circulation as it uses to buy bonds thus leaving economists to rate the risk of inflation as fairly low.

The rest of us can move on to the next question of what will happen with there being less money in circulation along with the economies that have been shrinking ? Mr.Draghi and Lorenzo Bini Smaghi from the ECB`s executive board agree that the long term risk is transferred to the governments and their future fiscal policies which will determine the outcome of the new measure. The phrase unlimited credit makes a remark on our common sense as give-and-take will always go hand in hand hence where the take part of the OMT programme will show its weakness will become crucial to the survival of any new financial structure that could or should save the Eurozone.