One of Michael Gove 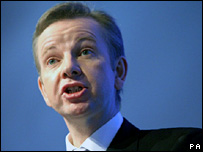 One of Michael Gove’s first acts as Education Secretary was to block Labour’s plans to extend the free school meals scheme beyond families in which parents were receiving unemployment-related benefits or tax credits. The move attracted little media attention at the time, and yet the implications of the move are severe, especially in this economic climate- for, despite the words the coalition government espouses about “making work pay”, there are millions who could be described as part of the “working poor”, and a report this year by the Child Poverty Action Group states that 700,000 children living in poverty are ineligible for free school meals.

To a family on a modest income, the £2.50 or so that each school meal costs is a significant expense. For a two child household the cost amounts to £25 per school week- at least 10% of the income of the household concerned. It is an expense which some, however hard they try, cannot afford. The situation has become so extreme that a recent Children’s Society survey shows over 80% of teachers have reported seeing children go hungry in school, and over 66% of teachers have used their own money to buy food for children. This state of affairs is simply intolerable.

State assistance with the cost of school dinners for the poor has been a lifeline for poor families for generations but it has always been flawed. Originally, it was common practice for recipients to have different coloured tickets, for example, fueling the stigma associated with them. Whilst this practice has been done away with, there is still a stigma with those who can claim, with over 25% of eligible families being too ashamed of their poverty to accept their free meal entitlement.

Most of us have been fortunate to never have to go hungry. We cannot truly imagine the effect that it would have not only on us, but our concentration and thus productivity. To a growing child trying to focus on their education, the issues are only compounded. Multiple studies have shown that such hardship will affect educational attainment and career development in later life: it is said that the effects of child poverty cost the UK economy £25 billion a year. In light of this, it is important that we remove as many barriers to attainment as possible.

It just takes a spark of imagination to reach the conclusion that it makes sense to do away with charging for school meals altogether. A few local councils in England have decided to do this already. The Labour-run London borough of Southwark abolished charges for its 21,000 primary school pupils at a cost of £8m over three years, though the same cannot be said of secondary schools- at a time of severe local government cuts, the funding isn’t available. But the cost of providing universal free school meals nationally would be £2.6 billion- a sum that central government could afford, with it being equivalent to just 0.4% of total public spending. By comparison, the disastrous Welfare-to-Work scheme costs the same.

These are tough economic circumstances, but the boost to spending power (some £700 per year, on average) would have a noticeable effect. It is always the right time to do the right thing.

I got 99p but a real bookshop wont get one