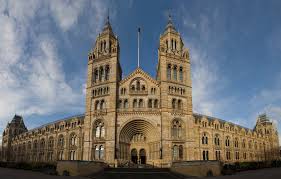 The UK awoke this week to the prospect of a return to the “bad old days” of government-sanctioned charges for entry into museums and galleries- a practice ended in 2001 by the New Labour government.

A trustee of the central London based Tate galleries (named after Henry Tate, the sugar magnate and philanthropist who founded them in the 19th century) has warned that central and local government cuts to culture spending are so drastic that, were they to continue, institutions such as the Science Museum will have little option but to re-introduce entry charges. Such a move would be disastrous for the wide access to these cultural centres, which have seen attendance rates sky-rocket over the past decade.

Much of the state support for theatres and museums comes from local councils, which have themselves been struggling to implement massive cuts made in their grants by the Coalition. From the point of view of local politicians across the political spectrum, it is much easier to pull partial funding of a theatre than it is to, say, close a care home. It is a simple matter of rational priority, and it is very difficult to condemn such logic. It would be unjustifiable to reduce the availability of resources in schools to preserve “a few acting workshops”, as a tabloid newspaper would put it.

However, the implications of charging for museums in particular should not be underestimated. Drawing knowledge, inspiration and talent from such institutions is particularly valuable for the young. Poor families access them because they are one of the few genuinely free leisure and educational activities that there are (other than visiting the park – but Conservative-run Wandsworth Council are even attempting to charge for children’s parks). Charges that are small to the middle class are all too often insurmountable barriers to those on benefits or low wages- something that the Coalition would be aware of if it were not dominated by millionaires. They have no appreciation of how barren life is when there is all but no money for a household to spare on leisure. Meeting a friend for a £3 coffee at Starbucks; visiting the cinema at £20 for a family of four; that bus fare to the local seaside resort at £20 for a return (but only if you’re quite local)… these can be unaffordable extravagances to some. But this line of thought wouldn’t occur to somebody who attended an elite school, resided in a mansion for all their lives and thinks of Waitrose as a down-market grocer.

To introduce charges is to deny the poor, and in particular the children of the poor, equal access to Britain’s rich culture, history and wealth of knowledge. Indeed, with local libraries closing at a shocking rate, our museums become even more important. As it is, we already have massive class division in our communities. Rich and poor live in separate streets; go to separate schools, and often use separate services. All too often, we live entirely parallel lives within the same towns. Do we really want to break yet another unifying link: that of our common culture?

The Opposition has talked a lot about the concept of “One Nation”- the idea that our society should be based on collectively working for the common good and so less divided by class, age or ethnicity. They are right to do so. We are rapidly compounding the fractures within a broken and unfair society, when we should be exploring ways of bringing people together. A better future would be aided by the valuable collective experiences of learning and inspiration that our great institutions provide. The symbolism of this is equally as important as the practical benefits.

One of Michael Gove