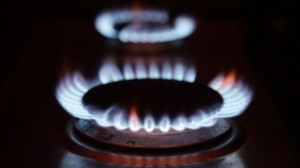 At the end of March, Britain was quietly warned that, due to exceptionally high demand for gas during the unexpected cold snap, and minimal reserves of gas being maintained (on the 22nd, the UK had just 1.4 days’ supply stored), it faces the prospect of rationing of gas for the first time ever. This dire situation has prompted renewed calls for action to secure Britain’s energy independence, particularly given the “energy crunch” that experts have warned of in 2015.

As the North Sea fossil fuel supplies (the discovery of which in the 1970s is widely credited to have saved the country from bankruptcy) dwindle, and ageing coal and nuclear power stations are decommissioned, the country is developing a greater dependence on imports of gas and electricity from Europe- and will soon be importing gas directly from Russia. This is particularly unsettling when one considers that Russia’s Gazprom closed off supplies to the whole of eastern Europe over a billing dispute. The disadvantages of relying on imports are obvious: there is no longer any protection from global price fluctuations; consumers must pay a premium as “low priority” importers; and British jobs are lost.

All of these problems, however, are dwarfed by rationing. As the “Smart Grid” is not yet reality, gas distributors have just two options in the event of demand exceeding supply: to cut off gas to an area altogether, or cut off supply to individual gas-fired power stations, transferring the shortage to one of electricity. With the latter, there is greater flexibility for a “rolling power cut”, in which one region loses supply for, say, half an hour, and then another region gets cut off to restore power elsewhere. We may not have to make such difficult decisions this year, but the probability is only set to grow over the next decade.

There is agreement that the current state of affairs cannot continue, but opinion over what should be done is divided. The policy favoured by the Coalition government, including the supposedly green-minded Liberal Democrats, is the facilitation of a boom in “fracking”- the extraction of shale gas, which has been linked to the pollution of water supply; earthquakes; and poisoning of livestock where it has taken place in the United States. In addition to fracking, the government will heavily subsidise a number of nuclear power stations, despite the fact that there is still no permanent storage solution for a large backlog of nuclear waste, which has a half-life of over 10,000 years.

Environmentalists say that an acceleration in the transition to renewable sources of electricity, coupled with the development of “green gas” generation, as pioneered in the Netherlands, would be enough to make Britain a net exporter of low-carbon (eventually zero-carbon) energy. The drawback to this is that it would require large state investment when the Government is committed to deficit elimination as rapidly as possible.

Though it would, in the short term, increase the national debt, it would also be a major fillip for the economy. Wind turbines, solar panels, and hydroelectricity schemes are all creators of construction and maintenance jobs, and particularly effective triggers of the “multiplier effect” so central to Keynesian economic theory. Not only would green energy pay for itself in the long run- energy generated using onshore wind turbines is already cheaper than conventional sources- but it would provide a return on state investment now second only to housing construction.

In the next couple of years, a “green revolution” is not going to be delivered by a party dominated by backbench “nimbies”. But what we could ask of them is that they build a few more gas towers in the meantime.

The Story of Chris Dorner

Lib-Dems being investigated for sexual harassment within the party

Lib-Dems being investigated for sexual harassment within the party