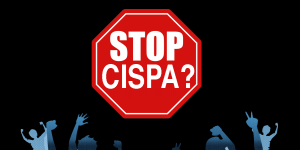 Yesterday, the US House prepared for the debate on the “cybersecurity” bill called CISPA, the Cyber Intelligence Sharing and Protection Act. The rules committee hearing was the last stop before the bill is voted on by the full House.

In the hearing, Rep. Mike Rogers (R-MI) was questioned about the core problems in the bill, like the broad immunity and new corporate powers. In response, he characterized users who oppose CISPA as “14 year olds” tweeting in a basement.

The Bill will be voted on this week..