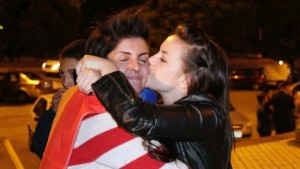 Uruguay Congress has voted in favour of Gay-marriage, making Uruguay the third country in the Americas and 12th in world to allow gay marriage

The bill received the backing of 71 of the 92 members of the Chamber of Deputies present.

President Jose Mujica, whose governing Broad Front majority backed the law, is expected to put it into effect within 10 days.

“We are living a historic moment,” said Federico Grana, a leader of the Black Sheep Collective, a gay rights group that drafted the proposal. “In terms of the steps needed, we calculate that the first gay couples should be getting married 90 days after the promulgation of the law, or in the middle of July.”