Is the price of ‘Safety’ worth paying? Snowden and the NSA 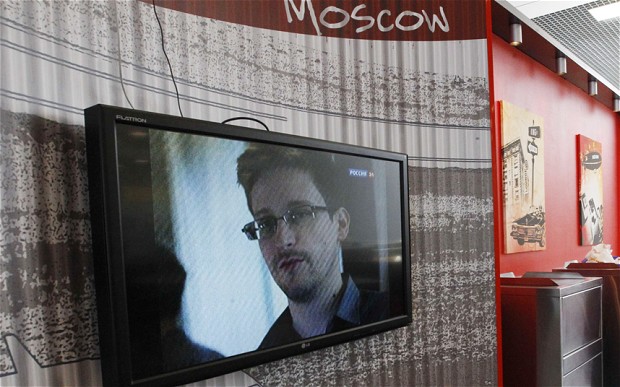 Two weeks ago, Edward Snowden blew the whistle on the NSA and it’s respective US government. A full exposé on the hacking of telephone calls and storage of the content within these conversations was released, causing the US government untold amount of damage. The debate of privacy has once again reared its ugly head, something that has started to become an occurrence in recent times. Last year saw phone hacking scandals in the UK dominate headlines and conversations around the world, resulting in disgrace of a corporation and the death of one of the UK’s oldest newspapers, the News of the World.

What kind of society do we live in these days? Is it the safest that humanity has ever known? Or is it merely ‘The Surveillance State’? These uncovered truths have no doubt scared many people, and disgusted many more, but we are seeing the start of a transitional phase for society as a whole. Over a decade ago New York was attacked, and over 3000 people lost their lives, since then the governments of the world have been ‘looking out’ for us with increased social surveillance. The most important and dominating case in point is ‘The Patriot Act’ that was brought to congress amidst the chaos of a post-9/11 America. People were crying out for security, and by letting the government listen in to our phone calls people felt more secure. They knew that the government had been allowed more power to stop terrorists.

This leads to the question: At what cost are you willing to sell your civil liberties away? When talking to my Mother the other day about the whole Snowden affair, she understood that this was always the case; of spying governments. As with most people who like to think they are socially tuned in, the idea that governments spy on their citizens isn’t that crazy; 1984 wasn’t the mental ramblings of George Orwell, rather an educated understanding of the progression of society and a warning against it. However, what had shocked me about my Mother was her willingness to sell of some of her civil liberties for that warm comfort of national security, ‘I have nothing to hide, so I don’t care if they listen in, as long as I am safe from terror’. At first I was bewildered by this, but on second thought it’s easy to see why people would say such a thing, after all it’s harder to fight for both personal privacy as well as national security than to just sell a bit of your self off. However you don’t just sell a ‘bit’ of yourself, it’s all or nothing with this; you can’t bargain that you get your phones tapped on the weekends or to only be filmed on cctv when you’ve got your make up on. Phones are tapped, computers are hacked and faces are caught on film no matter what.

People want to feel secure, when you are scared not much else matters. George Orwell knew this when he wrote 1984; Orwell spoke of the choice humanity has between freedom and happiness, stating that ‘for a great bulk of humanity, happiness is better’. Ulrich Beck, a German sociologist, saw this phenomenon in the early 1980s and said it was the foundations of ‘The Risk Society’. The Risk Society is this idea that the basis of society is looking to eradicate risk and danger when it comes to decision making; what is the safest possible means for everyone to live. Well as we are seeing, the powers that be believe that if they watch everyone, they can control everyone, stop risk, stop danger, stop it all together. Naturally there are other motives as well, for instance, financial reasons (and voyeuristic perverts). However this emphasis on control even comes out in Snowden’s little debacle and others like it (Manning and Assange etc). The US government have feared the loss of control, and so paint these people as criminals; trialling them for crimes that hold sentences same as that of murderers and war criminals.

Sometimes I wonder what is worse, the governments that are looking to ‘protect us’ by spying on us 24/7, or the people who are willing to sell themselves for that ‘security’.

Bodger and Badger – why are we culling Britain’s wildlife?