Should British Politics be introduced in to the National Curriculum? 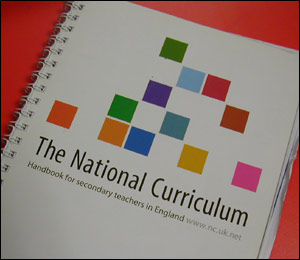 Whether or not British Politics should be introduced in to the national curriculum is a topic which sparks much debate.  Education Secretary Michael Gove has been heavily criticised for his radical reforms to the education system. Professor Robert Tombs, professor of French history at Cambridge University states: “It seems to focus too narrowly on politics.”. He said that, under the proposals for learning about the First World War, pupils were being told they should study the impact of developments on Lloyd George’s Coalition Government.[1]  Now I’m not saying that this is the approach that should be taken when looking at how British Politics is taught in schools, but is an important factor that will help the youths of today better understand how the country they live in is run.

A lot of young people don’t understand how laws are made and how governments are constructed, and as a result they rebel and blame the government for things that they misinterpret.  The London riots in 2011 unearthed a chain of angst and aggression built up in British youths, who claimed that the government were not in their favour and thus they felt scrutinised. However, I feel like this is more to do with the lack of understanding and cohesion between the government and young people, and by introducing British politics in to the national curriculum it will help bridge the gap and clear the misconceptions that both social groups hold of each other.

The Shoutout UK campaign outlines the idea that young people have their own opinions and views on political issues, and many want to get involved and do their part to contribute to their country. The only problem is that they are hindered solely by one factor – they don’t know how to get involved. It’s frustrating to think that young people are unable to put across their viewpoints simply because they don’t have enough knowledge about how to do so. Supporting Shoutout UK’s campaign can help solve this issue. The national curriculum is already experiencing major changes but instead of demanding rigorous regimes it is fair to say that adding British politics to the syllabus will help young people develop a deeper understanding and appreciation for the society they live in.

I think the government underestimate the importance of teaching British politics in schools. It will enrich the lives of the generations to come and may prevent the emergence of radical parties like the BNP. By learning about all the different political parties and the structure of the government, young people will be empowered to find their own stance and place in politics. The idea of voting at 18 won’t be such a daunting thought any more and checking current affairs will become as natural to young people as checking their Twitter account every morning. This is the future that we want. This is the future that we need, and this is how it should have previously been; the youth of today are the potential leaders of tomorrow.

Our services overstretched - The real state of being homeless in Britain

Our services overstretched - The real state of being homeless in Britain