The Snowden-Assange Effect: We All Do It Anyway. 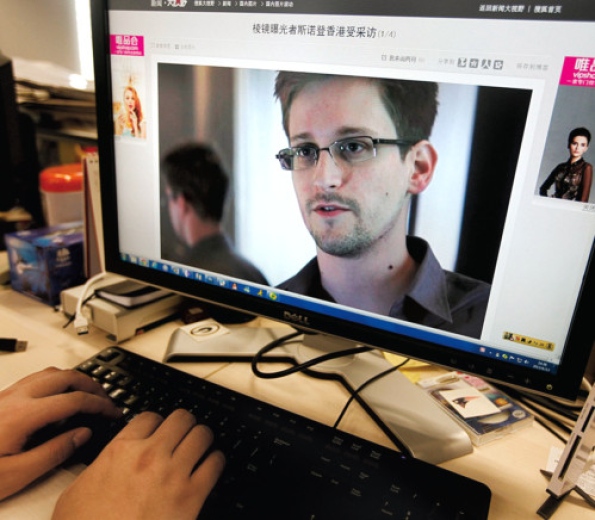 It has long been evident that human rights have lost their credibility to the new popular security terms such as, the threat of ‘terrorism’ and the utmost importance to guarantee a state’s ‘national security’. The diplomatic relations between the US and the EU have become undermined by the “PRISM” programme that the US used to eavesdrop and gather information on the EU leaders and citizens. President Obama declared that the US will not resort into “wheeling and dealing” with the states where the security traitor Snowden may seek asylum. The latter statement levels Snowden with a terrorist over whom there will be no negotiations. The heads of the state should do the only right thing within the eyes of the US – they should send Snowden back to his home country. However whether Snowden gets deported back to the US or not, the future trade relations between the EU and the US have been declared as uncertain, and open to delays.

There are two threats that could delay the trade negotiations between the US and the EU. Firstly, France has proposed to delay the talks for fifteen days in order to get the US statements about the use of secret surveillance, before continuing further with the trade treaty. Another possible delay may occur if the European Parliament decides to form a committee to investigate the spying allegations. The strongest player of the EU economy- Germany – has not declared any wish to delay the trade negotiations. That is perhaps due to its prior interest in the economic benefits, or due to its less militarily oriented defence policy that regards such issues as off the topic or non-important within the field of economic cooperation.

The German readiness to continue the talks without delay is supported by the overall financial gain that the treaty would offer. The free trade agreement would benefit £100 bn to the EU, £80 bn to the US and £85 billion to the rest of the world. It would also bring along a stronger coordination of standards between these markets. That would help to compete against the growing impact of China’s standards by making it easier for foreign manufacturers to enter the unified market. Another important aspect is the possibility for the EU to reduce its dependence on the Russian gas. The cheap American shale gas could become available to all of the member states of the EU. It clearly may not eliminate the dependency on Russian energy completely, but it certainly would be a strong political-economic gesture against the Russian aim to gain global control through its energy reserves.

The negative aspects of the new free trade treaty include the less competitive firms and unions who are better off in surviving within the existing circle of weaker competition. The US has some militant auto unions who will not welcome the cheaper and more competitive exports from the EU. In addition the cheap shale gas would help the EU within the global competition where the energy prices are constantly rising. That would evidently increase the EU’s competitive power against the US. However, it has become common sense that within the EU and within most economic blocks, the strongest will benefit the most and the weakest the least. The overall financial gain, greater global dominance and political aspects make the free trade agreement a future project that is unlikely to be abandoned due the “Snowden effect” that will be long forgotten by 2014.

In my opinion the Germans know it already and the rest of Europe may be politically upset, but unlikely to call a serious stop on the free trade agreement negotiations. The reports of the WikiLeaks shocked the world, but did not stop any wars or the future deaths of civilians. I would call it the shock of publication, rather than an awe over the fact that torturing, killing civilians, lying and keeping degrading information from the public happens to such an extent. The context of national security, war on terror and democratic dominance have pushed the boundaries of justification. States pretend that universal human rights and global well being are the underlining motives of their actions. It is only unfortunate that Snowden and Assange are idealists, and the great political leaders are not. I will astray from giving away my own classification on the matter, but as for me, the moments of shock over such investigative reports have long passed. And the public would do well not to use any electronic equipment to conduct illegal plans, as the possible terrorists surely know already. We should ask why such espionage scandals will not change the world? Well this is because most of us know by now that we all hack, eavesdrop and spy on our friends and on our enemies… The publication of such information could be compared to recording the fact that the global framework is indeed a multi-layered disguise that has many hidden corners, and if ever we would try to dig them all up, the diplomatic relations would lose all their purpose and we would have to admit that we are all alone, national security or not.

The Week in the Middle East- Pop Stars and Other Problems