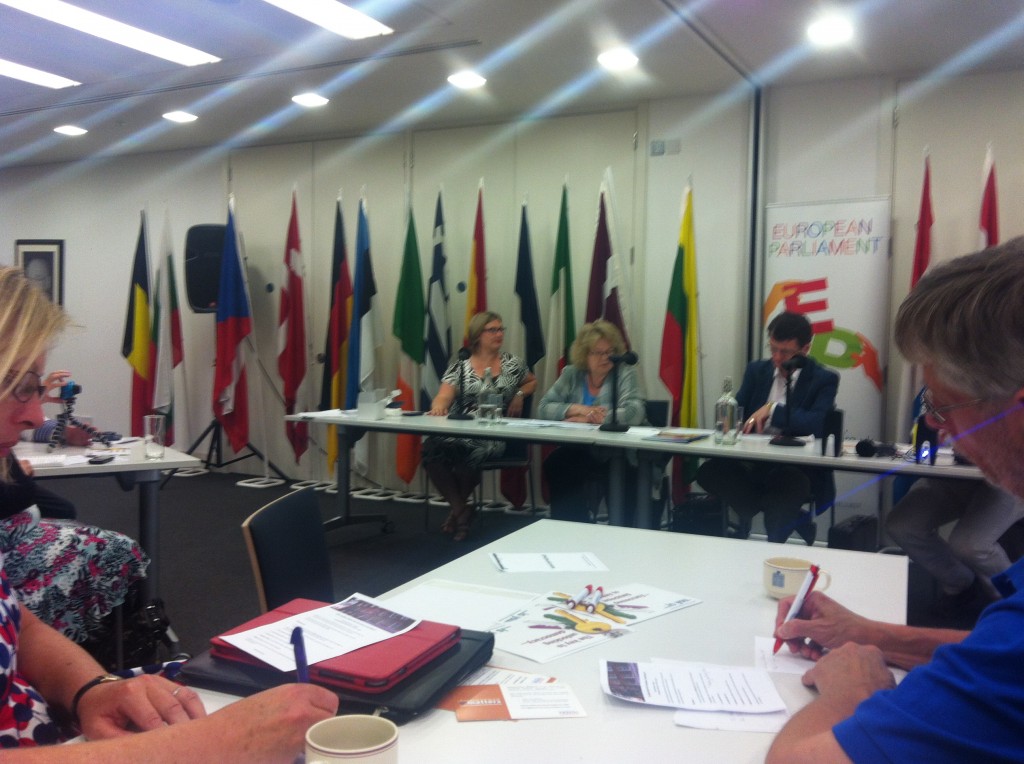 If you don’t know the rules, how can you play? I have found my way to Europe House to attend an event hosted by Democracy Matters and The European Parliament Information Office which asks what civil society and education can do to help people understand the elections?

Titus Alexander used his speech to talk about the work that Democracy Matters does and the purpose of the meeting. Alexander talked about the 30 or so different originations that collaborate with Democracy Matters. He also talked about practical political education and that students should be taught about how the political system works, how to influence decisions and how to exercise power.

Jean Lambert talked about the EU year of citizens, she quoted an opinion poll where 66% of people in the UK could not name a single councillor, we need more information and education as there is a lack of awareness. Lambert then talked about the structure of the EU parliament and that some people think that they do too much while others think that they do too little and the difference between what happens at Brussels and Strasbourg. Lambert finished her speech by talking about web streaming, Europol and the BBC’s coverage of the EU parliament.

Gerard Batten talked about UKIP and how he help create that party in 1993 and how the ‘EU Project’ takes more and powers away and is worthy of the title ‘United States of Europe.’ The issue is with who makes our laws and who governs us as Batten said that 84% of new laws come from the EU. Batten described how UKIP was encouraging debates on YouTube with Nigel Farrage’s speeches on YouTube and that Westminster are only talking about Europe and independence because UKIP have brought it to the forefront. Batten continued and said that the press and media needs to get a grip, he finds that other media in Strasbourg is much better than our own in terms of their European coverage.

During Batten’s speech a small debate emerged among a small number of people, first sparked by a question asking what UKIP actually stands for, Batton replied with;

“We believe that Britain should be an independent, self-determined country.”

After talking about how to motivate people to vote and how Batton says that to start a political party today is an uphill struggle, Batton was challenged on a comment made by a UKIP councillor who said people on benefits should not vote. Batton replied saying that it was not there policy and that councillors say many things, he quotes himself by saying if you pay taxes or are on benefits, politicians are interested in you. 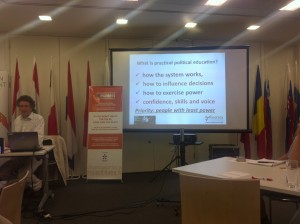 Mike Sani talked about Bite the Ballots campaign and how it has not been an easy task, but we have a window of opportunity but schools do not challenge and the curriculum is poor. Sani continued by saying that more needs to be done and that when you register at 16, it becomes the start of your political journey. Mike Sani also said that young people hold a lot of power and he talked about one of bite the ballot’s YouTube videos getting over 27,00 0 views. Sani also told us about inspired impressions an art competition that had 857 votes and then introduced us to Bite the Ballot’s new campaign, Rock Enrol, the pilot of which registered over 4000 young people to vote.

Matthew Oliver showed us votematch.eu, a website that recommends an MEP based on the answers to questions given to both the voter and MEP. Oliver asked everyone in attendance if they knew what a marked register was. After being greeted with silence, he explained that this is where your name is crossed when you collect your ballot paper, the names are then realised as public document and parties can see who voted but not how they voted. In 2010 Votematch attracted 1.25 million visitors and that they want to build on that and reach as many people as possible.

Millicent Scott told us about her work to provide people with information on parliament, which includes school visits, recommending teaching resources, providing CPD (Continued Professional Development) and holding talks, debates and events such as the one that I am reporting on. Scott highlighted that some teachers are scared of providing political education as they are often worried about their own political views getting in the way of their teaching.