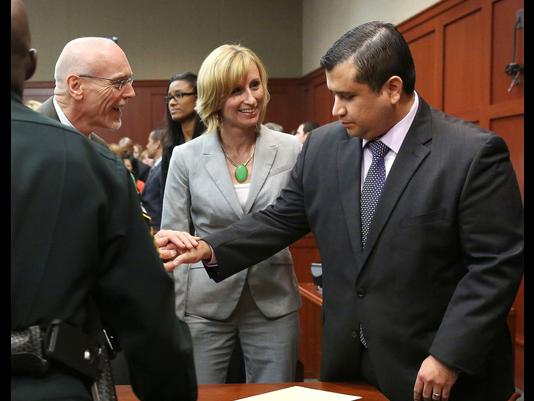 A while back I wrote an article a month after Trayvon Martin was shot by George Zimmerman in a gated community in Florida. Yesterday, after it took public outrage for police to pick up Zimmerman at all, he was acquitted and can happily go back to his vigilante street patrol.

My piece last year focused on the lack of facts, that the outrage was actually based – as it so often is – around huge amount of hearsay and whispers. Groups had taken the event and turned it into a racist attack, without real knowledge of what took place. I said that the anger should have been directed at the legal failings, at the fact that there is a law in Florida that allows people to kill other people if they feel threatened – known as the Stand Your Ground law, and it is the reason Zimmerman was not, at first, picked up by the police.

The editorials will be uniform, they will call it a disgrace and they will lambaste the jury and the defence lawyers. They will yell racism as loudly as they can and everyone on twitter will talk of nothing else.

Let’s take a look at one of the talking points post-trial. One of the things that’s been thrown around a bit is the fact that people want to make sure you know that George Zimmerman isn’t white, people want to make sure you know that Zimmerman is hispanic and definitely not white. I’ve been trying to think why this is important but I can’t work it out, I can’t see what this has to do with anything, are hispanics genetically egalitarian? Maybe colourblind? No. It’s still racism if a kid got shot for being black, it’s still racism if a white kid wouldn’t have raised the same suspicion – yes, we don’t know that, we can never know that but it’s a pretty fair assumption.

Whether or not Zimmerman is a racist, civil rights isn’t what’s been lost in this verdict. What’s been lost in this verdict is credibility for the legal system of an entire state, credibility for that legal system to protect the whole population. Whatever you yell about racism, the failing here is that George Zimmerman didn’t break the law, it was within his rights (whether with a profiling undertone or not) to shoot an unarmed teenager he thought threatening. He wasn’t charged with being a insecure, security obsessed little man because he can be that if he wants to be and there will always be those people – there will always be racists and people with views you don’t like.

What’s missing is the responsibility of the state, of the security forces and legal systems of that state to keep its entire population safe – safe from criminals and safe from useless vigilantes. I’m not sure about the rioting reports – at least that’s what twitter was telling me – but if they riot, let it not be in spite of a small man, let it be to change the bigger picture.