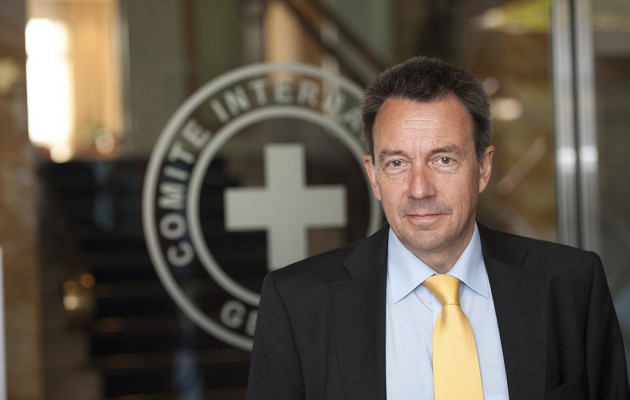 Peter Maurer, the President of the International Committee of the Red Cross (ICRC), has spoken about the increased dangers to civilians living in areas of conflict. Specifically, civilians are increasingly put at risk because of the ‘weaponization’ of certain buildings. This concerned the weaponization of medical centres, though he also expressed concern it was happening, albeit to a lesser extent, in educational and religious buildings.

‘Weaponization’ refers to the process of bringing arms into a building. This makes it a target for military attack, endangering civilians. Speaking to the Associated Press, Mr. Maurer spoke not only of the attacks by armed forces on hospitals, schools and mosques, but also of the seizing of these buildings for militaristic uses. He said: “fighters misuse hospitals, schools, mosques and churches and other religious installations to bring arms into those installations, which make them again susceptible to military attack.”

The Red Cross has documented instances of ‘weaponization’ in Syria, Yemen, Mali and Somalia. The organisation believes medical facilities are most frequently weaponized worldwide, and that both national security forces and armed rebels are guilty of this practice. In 2012, the Red Cross recorded 921 attacks on institutions relating to medical centres. These include attacks on the wounded and sick, as well as the healthcare professionals who care for them. There are also cases of medical facilities and medical vehicles being attacked. Obviously, this is a violation of International law.

More worryingly, there have been instances of “follow up attacks”. This is when the same location is attacked later, in order to attack medical professionals. This ensures maximum carnage (and sometimes, media exposure). The Red Cross also noted that crucial vaccination campaigns continue to be violently disrupted.

In last week’s statement, Mr. Maurer echoed what he said at an event held at the International Peace Institute. There, he criticised those drafting regulations, saying not only was there a “huge gap” between the white collar workers and those who actually work in the affected areas on the ground, but also that the current regulation lacks any concrete instrument to apply the new rules.

However civilians caught in conflict zones are not without hope. Last month 94 nations, as well as representatives from humanitarian organisations and military forces, attended a conference aimed to raise the profile of civilians living in war zones. In recent years, national security forces have been able to avoid civilian loss of life by using better targeting equipment and creating specific policies designed to protect civilians (for strategic gain, if nothing else).

One of the most well-known areas where civilians have been the casualties of war is Syria. A third of the 100,000 lives claimed by the conflict are thought to be civilians. In the most recent attack, 27th June, four civilians were killed when a suicide bomber targeted a medical charity in the Old City of Damascus, a world heritage site. Mr. Maurer said the Syrian conflict will eclipse Afghanistan as the country receiving the most help from the Red Cross later this year. The ICRC budget allocated Syria 39 million Swiss Francs last year. This year it will receive over 100 million Swiss Francs in aid.

Further reports by the World Food Programme suggest that civilians are cutting basic foods in an effort to save money, and more are resorting to begging to survive.

When commenting on Syria, Mr. Maurer said that the country witnessed “incredible violence and incredible suffering” and that there were “extraordinary violations of international humanitarian law by all parties to the conflict in Syria.”