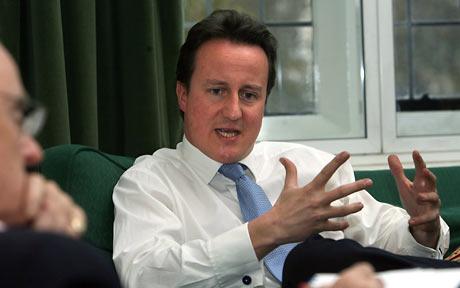 David Cameron has announced that online pornography is to be blocked by internet service providers and search engines unless households in the UK choose to ‘opt in’ under new laws set to come into effect in the near future.

This announcement that will apply to both existing and new internet users will end up covering 95% of homes after some of the UK biggest ISP’s agreed to the new scheme that will in place by the end of the year. Talking to the BBC, Cameron said that he would like ‘horrific’ search terms to be ‘blacklisted’ and that internet companies have ‘moral duty’ and that he will ‘force action’ to change the law.

During an interview with Andrew Marr, Cameron said that anyone who does searches for a word on a blacklist that is to be complied by the Child Exploitation and Online Protection Centre (ceop) should be made to view a webpage that will warn them of the consequences.

However, it is hilarious that Theresa May has recently cut the resources Child Exploitation and Online Protection Centre by 10%, when Cameron said that Ceop had the means and resources, it’s clear somebody didn’t a memo.

According to the government, the propose filters will be used to ensure that the ‘corroding’ influence of pornography are spared on children. NSPCC support the new filters and in a statement, Clair Lilley said;

“In every single child abuse image there is a victim, a child who has been abused”

Cameron has also met with the parents of April Jones and Tia Sharp to discuss the new scheme.

Some warn that imposing filters could create a sense of complacency which might make parents less likely to watch what their children do online, and that many children have their own phone which they can access the internet with, in effect making these filters useless.

There is also backlash from activists who criticise the lack of scrutiny that these filters will receive and that;

“Systems in other countries started with a moral purpose but became subverted for more political means.”

Some also warn that those who want to access these images will simple laugh in the face of the screen that warns them of the consequences and find simply find another way around.

Many feel that they are being penalised for the crimes of others by having their internet censored and that it is embarrassing to ‘opt in,’ it is a huge invasion of privacy, they ask if we are the ones paying for the service then surly it is ours (within the confines of the law) to do whatever we wish it.

A petitions has been set up saying that the filters fail to address any real problems, the petitions says that bad parenting is the problem and that bad parents will simply allow the filter to be enabled believing that it will protect their children even though the filters are very easily circumvented. The petition finishes saying that government should promote education over flimsy, disruptive and money-wasting solutions. At the time of writing this article, petition has 17,229 signatures

This prompted the Daily Mail to say ‘We Won’ but clearly there is a Double standard at work, if internet porn is to be censored behind theatre of government threats, bad parenting and filters that anyone with a bit of technical knowledge can override, then so should page three of tabloids that claim to be newspapers but really promote a body image that is unhealthy and just pretend to have a news behind the ‘tits.’ It’s very easy to leave a copy of The Sun or Daily Mail lying around for a kid to have a look inside; someone taking their clothes off is not news.

Tumblr has got into act as well, by blocking tags in their mobile app some of which include #gay, #lesbian and #bisexual, Tumblr have managed to alienate the LGBT community. Back in May, Yahoo’s CEO Marissa Mayer said “We promise not to screw it up”

EU versus Russia: The Great Feud