by Shout Out UK
4 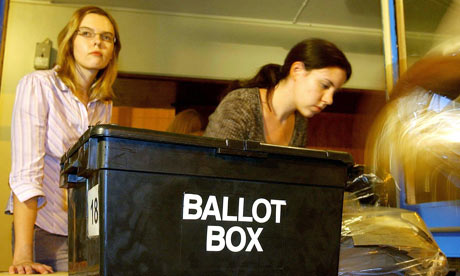 During the previous election it became clear to everyone that the current electoral registration was open to fraud and manipulation. Under the current system, the head of the household is responsible for registering everyone eligible to vote in the house. On the 30th June 2011 the government published plans to implement Individual Electoral Registration, where everyone will be responsible for registering themselves to vote.

Due to be signed later into law later this year Individual Electoral Registration is set to cost the tax payer £108.3 million and expected to make the process of registering to vote more streamlined as well as more secure, currently all you need to do is provide your name, address, nationality. IER proposes that it will improve the accuracy of the register and introduce new ways for people to register.
When Individual Electoral Registration was being discussed, three options became clear as described by an impact assessment published by the government in June 2011, ether the government does nothing and leave things the way they were, follow the original outline and implement IER under the PPE act or bring the implementation forward to 2014 and remove the voluntary phrase to make IER live by the 2015 general election saving, according to the government £74.5 million.

The Electrical Commission, an independent body that was set up by the UK government to regulate party and election finance supports the introduction of Individual Electoral Registration as they feel that it will address vulnerabilities that exist in the current electoral registration process and that it is right that people should take responsibility for their own vote.

Katie Ghose, Chief Executive of the Electrical Reform Society expanded on this statement, yet somehow disagreed.

“The Electoral Commission’s new report is sobering reading for any democrat. 6 million citizens are missing for our electoral roll. Sadly that’s that the tip of the iceberg, because under the government’s plans for voter registration that number is set to sky rocket”
She continues by saying that millions could be disenfranchised simply for moving home due to the reckless way that IER is being introduced, Katie Ghose said that despite this she has no problem with the principle of Individual electoral registration
Unlock Democracy who have played a role of the campaign to improve electoral reform welcome this latest step
“We are pleased that the government has listened to the concerns it received about its original proposals. More than 750 responded to our push to get people to respond directed to the consultation, while over 2100 people used our website to write to their MP about the issue.”

“Unlock Democracy has always supported the introduction of Individual Electoral Registration itself as an important tool for tackling voter fraud. Our concerns with the government proposals have always been over the pace the government planned to introduce the new system and the introduction of the ‘opt out’ which we believe would have a negative impact in terms of both voter participation and the jury system”

According to the schedule, the legislative IT and Business frame work should already be in place so the current plan from now is to implement Individual Electrical Registration on a local level ready to go live in July 2014 while between 14th January and 14th June preparation to raise awareness for when IER goes live in between July 2014 and March 2015 in time for the May 2015 elections.
So what do you think? Is Electrical Reform Good or Bad? Will it encourage you to vote or is this all water off a ducks back? Do you think that IER is worth £108.3 million or do you think that this money could be better spent elsewhere? Will IER help combat fraud or will they just find another way around? Tell us what you think, follow us on twitter @Shoutout_UK or comment below.