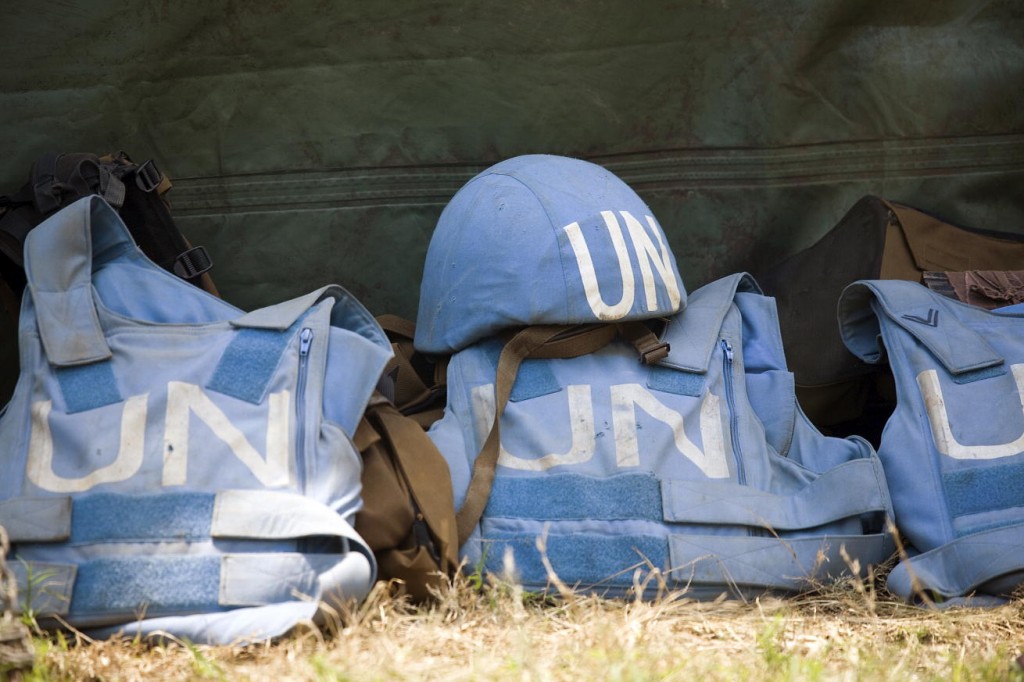 In a first for military history, the United Nations has decided to fight its first war. UN troops from South Africa, Malawi and Tanzania under the direct command of the UN will fight the M23 rebels in the East of the mineral-rich Democratic Republic of Congo. But given the UN’s reputation in the region, the intervention is more about redemption than altruism.

Unlike previous conflicts the UN has been involved in, where command over military personnel was passed to a nation or organisation willing to control the operation, such as the Americans in the Korean War (1950-1953), and NATO during the invasion of Afghanistan following 9/11 and the recent ousting of Gaddafi, the UN will be directly in charge of military operations. The measure was passed unanimously by the United Nations Security Council, despite Russia and China’s traditional stance of non-intervention in foreign conflict. For critics, the move has undermined the neutrality of the organisation, considered by many to be its greatest strength.

On the surface, there appears to be no choice for the UN: some 5.4 million people are thought to have died in the conflict, making it the greatest loss of life since the Second World War. The shocking brutality and reports of sexual violence in the DRC is widely documented. Intervention for altruistic reasons appears to be the obvious answer to the question ‘why is the UN breaking its traditional stance of neutrality?’ There is, however, a more likely, yet underreported explanation for the UN’s latest endeavour: the UN Security Council is seeking redemption for its past failures in the region. More specifically, it seeks redemption for its inaction in the Rwandan Genocide and the 14-year failure of its peacekeeping forces in the DRC.

The DRC is one of those places where there are problems, but few know why. Even fewer know that the DNC has vast untapped mineral wealth that could turn the country’s fortunes round, if only the fighting would stop. Since the end of the Rwandan Genocide, a long and protracted war that has torn the country apart. The Rwandan Genocide (a conflict which saw ethnic Hutus, who dominated the Rwandan government, attack ethnic Tutsis) ended when the regime was overthrown by Tutsi militia. Many Hutus feared reprisals after the establishment of a Tutsi government after the genocide. Many, including former militia fighters (known as Interahamwe), fled to neighbouring countries. This was easily done because of the lack of real borders. It is thought that 2 million Hutus fled to the DRC (then called Zaire). It was also during this time the United Nations was criticised for its inaction, and the Security Council explicitly accepted responsibility for its failure to prevent the genocide in 2000.

The Hutus who fled to Zaire allied themselves with corrupt President Joseph Mobutu and began attacking the native Tutsi population there. The Tutsi retaliated in turn. Seeking to gain control of the DRC’s vast mineral wealth, Rwanda and Uganda invaded, backing rival Tutsi militias as they did so. This had the effect of igniting the conflict once again. Eventually the Rwandan-Ugandan forces marched on the capital Kinshasa, where Laurent Kabila was installed as President. While withdrawing from the country Rwanda and Uganda created and sponsored new militias, who attacked the DRC army. Other African nations became involved, each backing their favourites.

Today, factionalism has caused militia groups to splinter continuously (usually, but not exclusively, on ethnic lines). During the fighting, each belligerent was, in turn, accused of using the war as an excuse to rape the country of its resources. Though the war was officially declared over in 2003, the country’s future is far from bright. Analysts believe Rwanda continues to sponsor Tutsi warlords involved in the ongoing aftermath of the Rwandan Genocide. To some extent, the genocide continues in the DRC under the guise of the ‘Kivu conflict’, ‘Hutu Power’ movements and the activities of other Hutu and Tutsi warlords in the East of the country. The region also houses another ethnic conflict (the Ituri conflict). The greater conflict, however, is the M23 rebellion. No wonder some have nicknamed the Congo’s wars “Africa’s World War”.

UN peacekeeping forces arrived in the DRC in 1999. By 2005, it had reached 16,000 troops. As of this month, it currently has 19,000 troops. Though the militia has changed, the UN will be fighting the M23 rebels, who are thought to be backed by Rwanda and Uganda. Last year provincial capital Goma was captured by rebels, leading to the displacement of 250,000 people. The M23 rebels, who get their name from a peace treaty signed on 23rd March which stopped one of the DRC’s many rebel groups, are accused of grievous war crimes including the use of child soldiers, summary executions and rape.

The UN Security Council needs redemption. Their failure to intervene in the Rwandan Genocide explicitly allowed members of Hutu Interahamwe to escape justice and cause further atrocities in the DRC. The peacekeeping mission, which has now been going for 14 years, has witnessed the deaths of 5.4 million people. In fact, this period has seen more rebellions and fighting, since different rebel groups exploit the inability of the UN to stop conflict for personal gain. This is usually takes the form of plundering the country’s of natural resources while the rest of the country suffers in misery. This UN intervention mission isn’t altruistic. It seeks to redeem itself by righting the wrongs that were first perpetrated when it let the Rwandan Genocide happen.