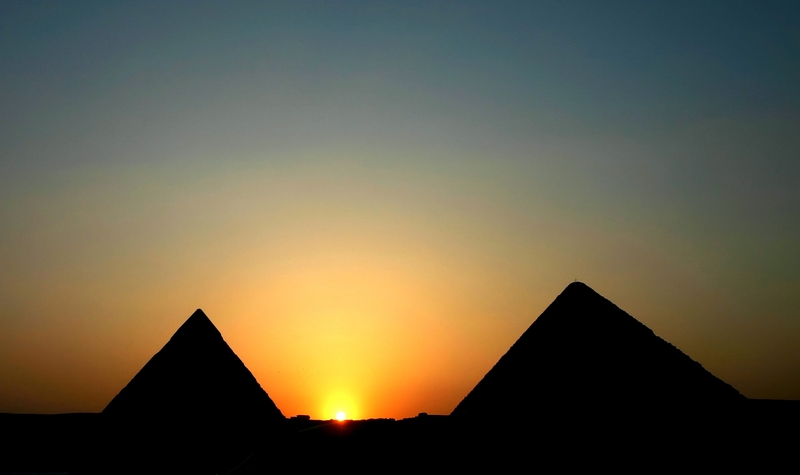 The Arab Spring in 2011 had got my undivided attention when it was as its peak. A revolution, in the heartland of an area in the grip of a religion as medieval as Islam? To me it seemed like the Middle East could have become a secular area – not secular in the sense of Syria under al-Assad, but secular in the sense that it would have allowed freedom of religion and expression. It seemed however, that this wouldn’t be the case. Instead, the curious thing happened where Egypt overthrew the tyrant Mubarak and replaced him with the fanatical theocrat, Morsi. To no surprise, the new Theocratic Egypt soon found itself in the grip of someone as equally as egotistical and power-hungry as Mubarak – giving himself sweeping powers and doing exactly the same as every other Islamic dictator does, curb civil liberties in the name of his religion.

However, much to my surprise the Egyptians had the tenacity and will to rise up again! Finally, a revolution for a secular and free Egypt, and most importantly a revolution that succeeded – Morsi and his gang of zealots are no more. However, I do wonder where it will all go from here. Although Morsi and the Muslim Brotherhood are now removed from office – their support certainly hasn’t dwindled. Will we see a repeat of Palestine in 1991 – where when elections were held, the Sharia-Law imposing Hamas government assumed office? Egypt doesn’t deserve another theocratic government, yet Islam has certainly rooted itself well into Egyptian society, culture and worst of all – its politics.

That being said however, this revolution seemed to be composed entirely of people against the ideology of political and radical Islam. It was composed of secularists, feminists, intellectuals, liberals, socialists and so on. A huge coalition of progressive protestors all united under a common banner of freedom – and it seemed to have worked. Hopefully this united group won’t simply disappear – it’s clear that the Egyptians still loyal to the Muslim Brotherhood won’t leave quietly.

However, many of the Egyptian protestors are coming under fire – from the international press. Time Magazine for instance labelled the Egyptians the “world’s best protestors” on their cover, but then stated that they were the “world’s worst democrats” as well. I’d argue against that – an article in the Guardian provides an excellent riposte to this claim: “The world is lecturing Egypt about democracy. But, as the American historian and activist Howard Zinn wrote, “protest beyond the law is not a departure from democracy; it is absolutely essential to it”. One must question what France would have been like if they didn’t revolt against a wholly unfair and unrepresentative monarchy, against the law – or the United States if they didn’t rise up for their independence. Revolutions like the French, American and the Egyptian Revolution of 2013 had democracy fully at the heart of their movement – going against leaders who weren’t acting in the interests of the people of their country. I only wish the revolution in 2011 brought the results the following revolution had, so the Egyptians didn’t have to face the harsh reality of living in a theocracy.

The revolution though still has some way to go – there needs to be some radical overhauls across the entirety of Egypt for this revolution to actually have some effect beyond toppling Morsi. The military’s grip over Egypt must be dealt with, urgently – even though I stand by my view that this revolution had democracy at its heart, the army’s decision to choose a leader gives justification to those who call this revolution a coup, rather than a true, democratic revolution. Egypt’s armed forces need to get away from its nations politics, it isn’t a political body – but it certainly acts like one. And as much as I dislike the pro-Morsi supporters, it’s wrong to silence them if they are voicing their opinions or political views – freedom of speech applies to everyone, no matter what their view is.

Yet the army go out of their way to distribute leaflets stating that Pro-Morsi supporters who continue demonstrations will be dealt with, and then kill 51 Morsi supporters. The army then goes ahead and lies about the events, claiming firearms were used and the Morsi supporters were violent and provacative – yet video evidence overwhelmingly suggests that the blame for these killings rests heavily upon the Egyptian armies shoulders. I wonder if the millions who protested for Morsi’s removal from power agree with this wanton destruction and murder by the army? I have to say, looking at the make-up of the anti-Morsi protestors, many would be shocked at what the army is doing.

Thus, this revolution still has ways to go – it has lain down the foundations for what could truly be a democratic, progressive and fair Egypt, but that isn’t to say it could easily revert back to being a dictatorial mess. The army needs to be reigned in, as soon as possible, and the people need to decide this time to reject theocracies in favour of more moderate and fair governments.