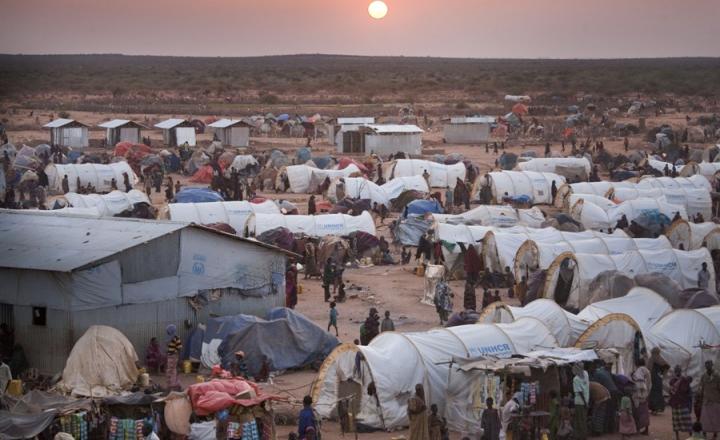 Ethnic groups in Ethiopia have accused the UK and the US of ignoring their human rights as people are evicted from their homes in the capital Addis Ababa. Recent development projects in the Ethiopian capital have seen thousands of people evicted from their homes by their government. As a result both UK and US government officials have allegedly received abuse from Ethnic groups affected by the evictions over apparent ignorance over numerous testimonies from the Ethiopian government.

There are it seems though several conflicting theories over the alleged abuse that both the UK and US are receiving. Initial fact-finding missions were run by both the USAID and DFID who are the two leading aid branches in Ethiopia over the last several years. The findings of both the USAID and DFID in communities affected by the evictions suggested no such abuse was being made toward UK or US officials. However a recent investigation by U.S Watchdog Oakland Institute reportedly uncovered evidence that officials representing both US and UK aid in Ethiopia have received numerous instances of abuse from Ethiopian officials accusing them of a lack of action over serious violations of human rights in Addis Ababa.

NGO worker and translator Will Hurd was the author of one of the recently published reports in the situations of abuse. He believes that the findings show clear credibility behind the abuse which concerns first-hand accounts of negligence by both UK and US aid in upholding basic human rights for those being made homeless by the evictions: –
“Transcripts of these recordings, made public with this report, leave no room for doubt that the donor agencies were given highly credible first-hand accounts of serious human rights violations” said Mr. Hurd.

“According to a high-up official in USAID, the USAID member of the field visit party reported that the accounts of human rights abuses heard in the Omo were all ‘third-hand.’ It is clear from the transcripts, however, that many were first-hand.”

The findings of the USAID and DFID mission report has never been publicly released since its publication back in January of last year or of their previous mission in November just two months before. However IPS officials managed to uncover a leaked copy of a four-page joint briefing following the mission.

According to both IPS and Oakland Institute the report shows clear indications and pleas for help from international aid. The report also shows that members of both the donor organizations received numerous and credible allegations against Ethiopian government forces of intimidation and violent treatment. Examples of this included written allegations against Ethiopian forces who were accused of raping women and children. Ethiopian forces are also accused of blackmailing those being evicted from their homes with one example in the report quoting government forces as saying “sell your cattle or we will inject and kill them”. The report the concluded that: – “As a consequence of these events the Mursi and Bodi (two ethnic communities) in particular stated that they were living in fear, resorting to other food sources or going hungry”.

Oakland Institute also went on to say that these findings were indeed presented by USAID and DFID to a body of 26 of the World’s largest aid and development agencies including the United Nations’ current development programme. However despite this ethnic groups are accusing current aid and development plans of simply looking to mass develop Ethiopian resources for their own benefit at the expense of the welfare of millions being left homeless and in poor health.

The Omo valley is where a lot of the current development work is taking place and has been a key part of Ethiopia’s current economic rise. It has been just one of several pieces of a financial jigsaw slowly bringing the profitable aspects of Ethiopia together. However if the findings by the IPS and Oakland Institute turn out to be well-founded it could paint a rather dark picture of the Ethiopia situation that on the surface seems to be slowly healing itself.

The findings of the Oakland Institute have the potential to unmask to major concerns surrounding the current situation in Ethiopia. Firstly it suggests conflict in its extremely early stages between both government forces and the Ethiopian people. With this in mind it shows a clear and shocking negligence of basic human rights for many people being evicted from their homes that can only lead to anger against the government’s plans for more sustainable energy and water development plans. This problem adds to concerns already being felt by donor agencies in the US and UK that once these multi-million dollar projects for greater energy and water supplies is finished there is the risk of further conflict over control for such precious resources.

Ethiopia has been making leaps and bounds in recent years to overturn their critical food and energy situations that have plagued them for longer than many of us will remember made ever more possible by generous funding on behalf of aid and donor agencies in the UK and US. But the question that so many humanitarian organizations are going to start asking at this point is at what expense are we sacrificing those in danger in Ethiopia now for the benefit of a greater country tomorrow?

A Look into Health Care: Did my Nan die because of poor care?