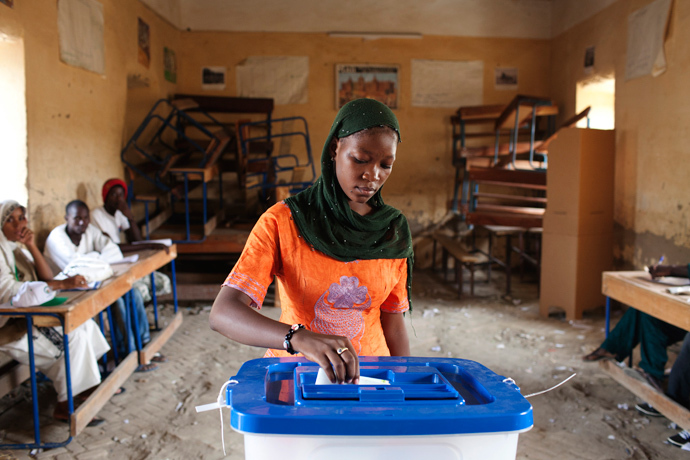 Global analysts have warned that despite the improving situation in Mali, elections could just as risky for the country’s future as beneficial. The people of Mali will have casted their votes for the first round of voting on the 28th July as the country continues to reinstate to a stable hierarchy. Despite the danger surrounding the voting delaying the process further could be even more dangerous for the country.

The overthrowing of President Amadou Toumani Toure by Malian forces in March 2012 saw the resulting chaos allow Islamist and Separatist rebel groups to take control of the North of the country. In January 2013 French and Chadian forces teamed up with the Malian military in sieges in the Northern cities of Timbuktu, Gao and Kidal. This culminated in the French and African forces scattering and neutralising rebel members and strongholds across the north breaking up the threat substantially. After what was deemed a successful long-term operation French and African forces withdrew from the area on the 1st July 2013 when the UN’s first aggressive peacekeeping force took control of the areas in the north.

There are 27 current contenders for the presidential role with numerous candidates tipped to win. Amongst these are Ibrahim Boubacar Keita and Soumaila Cisse who are considered the two frontrunners of the favourites to be elected. However there are still many considered to have a serious chance. These candidates also include the first two female presidential candidates in the country’s history. Oumar Sall Seck and Aidara Assata Cisse are believed to be right up with those considered favourites.

Islamist and Separatist rebel groups continue to threaten the safety of the Malian people despite their rule in the north being broken. But many agree that delaying these elections can only keep Mali in a vulnerable state without any substantial democratic body currently running the country. Whilst there is a much more positive atmosphere amongst the Malian people to reinstate law and order the country is still very much precariously balanced on the edge of unrest. Whilst Mali remains without proper rule its hierarchy remain a target for Islamist and Separatist groups who are no doubt monitoring these elections.

In the last two to three months it is clear to see that small steps are already being made toward a successful voting system. Even in the more remote towns of the country such as Kidal and Tessalit well-organised polling systems have been put in place to make sure that the two-stage elections are run properly throughout the country. This has filled many Malian people with a lot more confidence in their own political structure knowing that these huge efforts are being made to rebuild their country’s political standing. One of the key problems that have faced Malian politics for too long has been the chasm that has developed between the civilian and political classes of the country. The new voting system has been designed this time without the class divide and with the sole purpose of earning the trust and confidence of all Malian people.

When President Toure was elected back in 2007 barely a third of the Mali population voted. This was considered an extremely good turnout considering the poor voting system that had been in place at the time. The new system is reaching out to each edge of the country to make sure that everyone is getting their say in what is a very risky yet extremely important event for the country.
Despite the improvements, there are still certain big obstacles to overcome to ensure the election process is executed properly. Firstly there is the issue of the vast number of Mali people that cannot be reached to gain votes. The turmoil that has gripped the country for the past 18 months or so has seen hundreds of thousands of Mali people either displaced or scattered in remote areas of the country after fleeing the violence in the north of the country. Or there are those that have fled the country completely to escape any form of backlashes as a result of the northern conflict.

Furthermore due to the chaos and the trouble that neighbouring countries such as Niger and Burkina Faso have experienced in the frantic fleeing of Malian civilians there are no accurate records of how many Malians decided to flee the country. As a result of the conflict both Niger and Burkina Faso also temporarily closed their borders to other refugees and to prevent the rebel movement spreading so those looking to re-enter Mali were also stuck on the other side of the border.

The recent restructuring of Mali and the scattering of Islamist and Separatist forces can only be deemed to be a huge success and a major leap forward. Not only that but the swift and meticulous organisation of the new election process is showing major change is being implemented by the people that are the top priority in this instance. The Malian people. However it is extremely important to realise that although the country has come on leaps and bounds in the last 12 to 15 months the political structure remains as fragile as ever.

As one of the poorest countries in the world right now Mali does not have the financial influence to back its troops or government with state-of-the-art technology to aid their quest for a better democracy. Their current situation still very much relies on the integrity of the Malian people to uphold the hope that this democratic plan will bring hope to the millions who have suffered as a result of the recent turmoil. Furthermore as the rebel groups will no doubt be continually monitoring the situation it is essential that this process despite its risks is seen through as only then can true order and stability be considered.