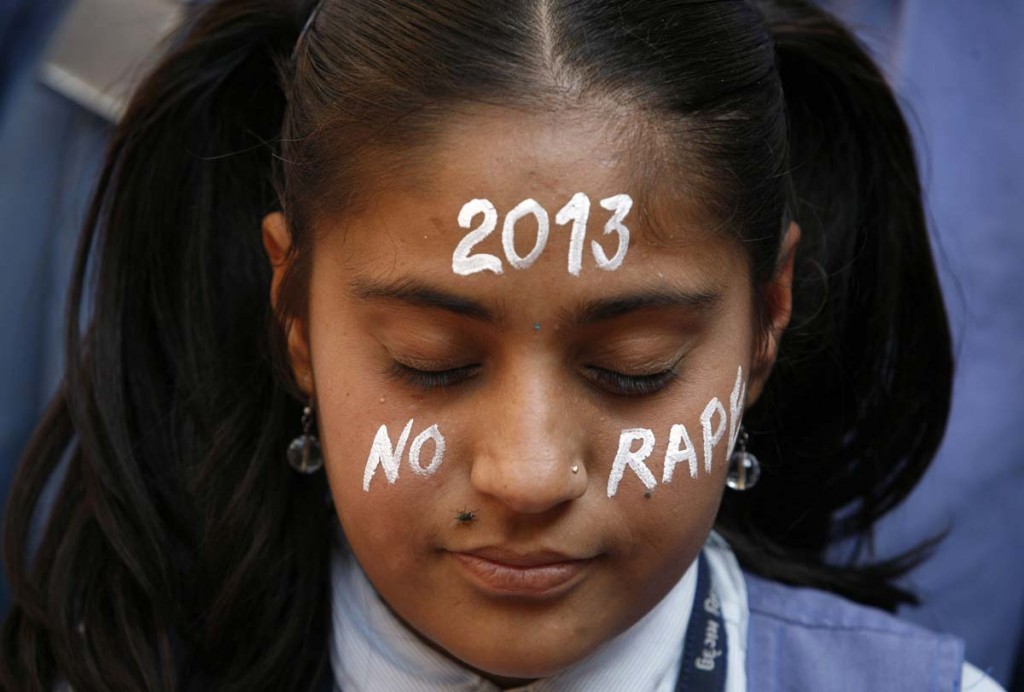 Last month saw the Hindustan Times report the rapes of four different women in separate incidents across Delhi – all within the space of 24 hours. The victims included a 17-year-old girl and a female Delhi traffic police head constable. Irrespective of position, standing or age, they were targeted by predatory individuals with impunity.

These reports transpire only a few months after the introduction of supposedly ‘ground-breaking’ anti-rape laws proposed by the government. I, for one, question just how effective these new laws have proven to be.

Some may argue a fundamental disrespect for women pervades all sections of Indian society. While it is true there are prevailing attitudes that seem almost impossible to eradicate; the issue shouldn’t be treated as a ‘lost cause’. Writing off attitudes as simply ‘culture’ is dismissive of the plight suffered by many Indian women. Social conditioning of Indian males initially stems from within the family-unit. Witnessing mothers, sisters and aunts treated as inferiors or confined to domestic roles can skew many a young male’s views on women, regardless of ethnicity or religion. The same can be said the world over.

Protests erupt on the streets – but have they yielded results?

Yet it is Delhi, a seemingly ‘modern’ Indian city, that is fast-developing a reputation as a rape capital. 2013 has witnessed 806 rape offences, and that is only up to June. Sexual offences are on the rise; ranging from horrifically brutal offences that gain media attention to rampant and often unreported, harassment on the streets. Rural areas of India are perceived as ‘backwards’ by cosmopolitan city-dwellers, but statistics establish Delhi as the epicenter of the current rape crisis.

Anyone with a basic knowledge of the judiciary system can attest to its faults. Law enforcement is not protecting the vulnerable; it seems to be perpetuating the problem. In the past, Delhi courts have criticized women for misusing rape laws instead of enforcing strict measures to aid victims.

It is true that the Indian government has taken a considerable step towards addressing the threat of sexual harassment. ‘Eve-teasing’, a phenomenon that comprises of everything from taunting catcalls and suggestive remarks to inappropriate groping, has finally been acknowledged by the Parliament. As of this year, the Criminal Law Amendment Act has added sexual harassment and intimidation to the list of sexual offences punishable by law. Yet, while the number of reported cases of molestation has increased considerably, the conviction rate is below 30%.

Clearly, steps are being taken in the positive direction, but have there been any tangible changes? To answer that question, a cursory glance at proposals simply isn’t enough. Are these laws being implemented? Do they even work in theory?

Interestingly, police reports claim that 97% of perpetrators are friends, former lovers or neighbours of the victim. This challenges the commonly held belief that rapists operate as lone-wolfs. Yet, marital rape, which is officially illegal but remains commonplace, was barely mentioned by the Justice Verma Committee in its anti-rape law proposals. Earlier this year, the committee classed stalking and voyeurism as crimes under new laws. A long overdue development, this move nevertheless failed to acknowledge confirmed statistics and tackle the issue.

Current laws also fail to protect 16-18 year old teenage males who can be accused of rape, even when any sexual contact was indeed consensual. Courts will make no distinctions between teenage dalliances and sexual assaults. Foolhardy young males will find themselves facing the wrath of families and the law. Judiciary institutes are not striving to correctly identify victims; adopting a lazy, vindictive approach to rape cases. Various campaigners have condemned this ‘guilty-until-proven-innocent’ stance.

It seems that, with the Indian Government, for every one step forward, two crippling steps back are taken. Authorities maintain a misguided focus on the cure as opposed to the prevention. Put simply, convicting rapists is regarded as the only desired course of action, with a disregard for preventative measures. Governmental initiatives working towards educating communities need to be prioritized. Young males should be targeted at a grass-roots level, combating delinquency and misogynistic attitudes. They should not be demonized for crimes which they may never commit, but a healthy channel of dialogue must be established. The devastating and life-long effects of rape on victims and their families must be highlighted. Harassment must be re-defined and no longer dismissed as playful flirtation that women must simply endure on a daily basis. In short, the current approach in combating the rape crisis must be drastically reassessed. It is failing India’s women, and in turn, failing the entire nation.