The Egyptian Revolution: The Background Story 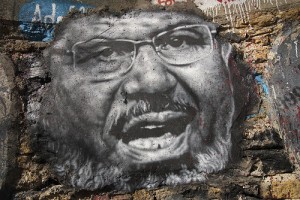 On January 25th 2011, over 2 million Egyptians joined together in protest: the biggest in recent human history and the fifth in Egypt’s modern history. Following 2 weeks of marches, riots and demonstrations, 846 were killed and 6,000 wounded, Mubarak was overthrown and Egypt was torn in two. Now over two years later, Egypt’s first democratically elected president has been toppled and chaos ensues as the Egyptian army continues to clash with pro-Morsi protestors who are the demanding the reinstatement of the deposed President. As the situation in Egypt worsens, it seems appropriate to go back to the beginning and explore the reasons that triggered the revolution, which then led to the unprecedented phenomenon of a whole region revolutionizing at the same time.

To many scholars and academics the Middle East was generally considered to be a politically stable region. As a result many viewed the events of the Arab Spring as surprising having failed to see or predict the large scale of unrest unfolding on such a wide scale. The revolution in Egypt in 2011 in particular was regarded as a shock as it may be argued that Mubarak’s regime was the archetypal case of resilient authoritarianism. This was largely due to the fact that Mubarak had created a seemingly legitimate system of politics; parties and elections were allowed, though heavily scrutinized and monitored so to allow enough participatory politics to keep the people happy without undermining Mubarak’s hold on power. In light of this, it would seem that Mubarak and his party had all the ingredients needed for a lasting, tyrannical regime: and for three decades that was the case. Yet, all this suddenly changed: why?

Many reasons have been forward, but perhaps the most resounding answer was that by the Egyptian novelist, Alaa Al Aswany, who argued that the revolution had been in making for the past 10 years. Alaa Al Aswany suggests that the momentum for revolution began to build up when President Mubarak began to groom his son, Gamal Mubarak, to be the next potential successor. Gamal Mubarak began to establish himself as prominent part of Egypt’s future, forming an oligarchy between important integral members of the political power circle and business tycoons, and increasing his power until he was essentially in charge of Egypt’s internal affairs, leaving foreign affairs to his father. Not only did this appal ordinary Egyptians, who as Alaa Al Aswany puts it, felt that ‘they [were] going to be inherited as if [they] were chickens’. Police brutality grew, political repression intensified, as did corruption, humanitarian abuses and economic stagnation: Egypt was in turmoil.

Though inspired by the Tunisian revolution, it can be argued that it was only a matter of time before Egypt rose up in revolt. The uprising in Tunisia certainly provided a model for the Egyptians to learn from, but the reasons for a revolution were already there. However, most academics believed that this would not happen for many more years, and at that, that it would emerge from the slums or mosques of Egypt. This was because, as the political scientists and Mubarak supporter, Ali al-Din Hilal, suggested, ‘widespread, politically motivated unrest was unlikely because it was not part of the Egyptian mentality’. This then begs the question, why now? What caused millions of Egyptians to rally up against the system and overthrow their government in 2011? One reason was the death of Khalid Said at the hands of the police was the last straw for the Egyptians: it brought the masses to the streets to protest against the despotic regime and increased police brutality. Another reason is that the time was ripe. Despite the largely the accepted notion that such politically motivated outrage was not part of the Egyptian mentality, the reality is that Egyptians have been taking to the street in protest for the past decade. In January 2001 there were 49 protests alone. By 2008 this number was in its hundreds. Together with revolution in Tunisia, Khalid Said’s death and rise of technology and new media, such as Facebook and Twitter, in 2011 Egyptians had the tools to rise as a strong society to topple a strong government.