The Syrian Conflict – Time to start thinking outside the box 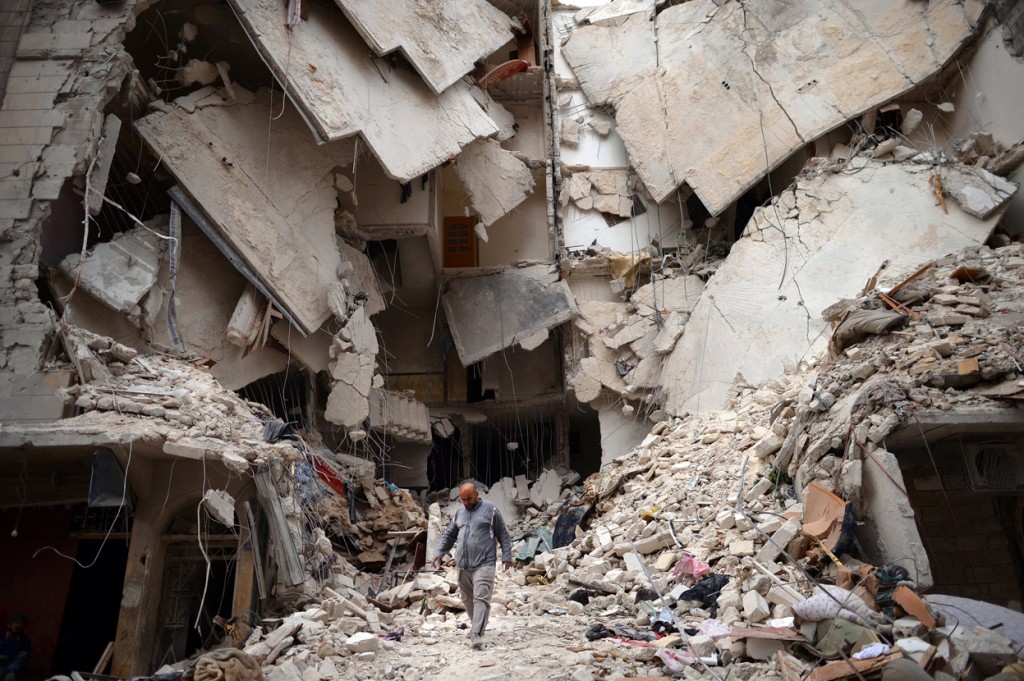 An end to the violence and conflict in Syria is not in sight, far from it. The UN estimates that around 100,000 have died in the conflict so far and the number is set to rise as both the Assad regime and the rebel movement refuse to end the bloodshed. Many suggestions have been put forward which aim to bring an end to what has been the bloodiest out of all the Arab Spring uprisings. Some believe that arming the rebels is the answer. The supporters of this claim are the UK Prime Minister David Cameron, the French President Francois Hollande and the USA. Russia, on the other hand, has put forward a diplomatic solution which aims to bring both sides of the Syrian conflict to the negotiating table. Britain, France and the USA favour a diplomatic solution as well, however they claim that Assad will never join the negotiations when he is winning on the ground, thus the need to arm the rebels to create a stale-mate.

However in this article I will argue that both of the above proposals are unlikely to reap any substantial results and therefore out of the box thinking is required.

An argument against arming the rebels

There seems to be a consensus among many, that if President Assad was removed from power, Syria would go back to normality and a start of a new and bright era could begin. However such a view is obscured by a shallow thinking: Assad is bad, rebels are good. Over the last few months, such a view has suffered a great dent, due to the grotesque and vile actions by some of the rebels- atrocities against the Syrian minorities, such as Christians, inhumane treatment of enemy soldiers, harsh treatment of civilians in rebel held areas, among other despicable incidents. Some argue that these actions are only committed by an extremist minority who do not represent a more liberal faction fighting Assad. However such a claim in itself provides two reasons for why arming the rebels would not work. Firstly the claim correctly points out the fact that the rebel movement is deeply fractured. There is a civil war, in the civil war. There have been many reports of rebel groups fighting each other and murdering fellow generals. Secondly, this leads to the natural conclusion that if Assad were to fall right now, the conflict in Syria would not end. It would simply shift from rebels fighting Assad and fighting each other, to rebels fighting each other to a greater extent. If weapons were provided to the opposition, these would eventually be used to kill fellow opposition groups, thus leading to more bloodshed. Even if the Arab Spring in Syria began with Syrians wanting more democracy and freedom, right now the conflict has become a sectarian and religious war, between Shias, Sunnis and hardened Islamists. Iraq should be the perfect example of how getting rid of a dictator for its own sake does not lead to positive results. Despite over 10 years since the fall of Saddam Hussein, Iraq is still plagued by sectarian violence, almost on a daily basis. Syria is even more diverse than Iraq, therefore there is a grave possibility that the violence would be enhanced.

Further reason to doubt the appeal of arming the rebels are claims that the people living in rebel held areas are deeply dissatisfied with the opposition movement, mainly due to the implementation of strict Sharia laws, which the majority of Syrians are not in favour of. Furthermore, there is a strong possibility that, if these rebels were to win, they would initiate mass atrocities against Assad supporters as part of their revenge. This has happened in Libya after the fall of Qaddafi.

Diplomacy as an end in itself is unlikely to work

Undoubtedly supporting Assad in this conflict would also be unthinkable, given the scale of destruction and deaths that have endured over his watch. For this reason some suggested that negotiations ought to take place where both sides agree to a ceasefire and a transitional government, eventually leading to proper democratic elections where the Syrian people will be able to decide how and who should govern the country. In principle this is a viable idea, certainly more so than the plan to arm the rebels. However in practise, diplomacy is unlikely to work, since the rebels and their Western backers have set a pre-condition that Assad should step down. Understandably Assad and his support will never agree to such a condition, firstly because he is winning on the ground, and secondly because the rebels and the West have no political legitimacy to ask him for such a move.  Only the Syrian people have the legitimacy to remove their current leader, yet, as well documented, many Syrians continue to support Assad. To have a legitimate transitional government and legitimate future elections, Assad has to be a part of them, to allow the people the chance to once and for all decide whether they want Assad in or out. However it is unlikely that the opposition will agree to this move, therefore breaking down any prospective positive outcomes from negotiations

Unless either the West or Russia decide to end the conflict with a comprehensive victory for their respective sides (a move which is unlikely to occur, the stalemate between Assad and the rebels looks to continue. There is a dangerous possibility that Syria may turn into a new Afghanistan and Iraq, with violence and bloodshed continuing for decades. To prevent such an outcome, Syria may have to be partitioned into some parts that will be governed by Assad, and other parts governed by certain factions of the opposition. For now, Assad will never agree to such a plan when he is winning on the ground, when Russia continues to show undisputed support and when the West is so indecisive. However even if Assad were to win the civil war (which is unlikely as it is hard to see the Western powers allowing this to happen), the extremist rebels would continue to cause a nuisance as they would continue to receive financial and military support from Saudi Arabia and Qatar.

Partitioning Syria would look similar to the Russia and Chechnya situation, where technically Chechnya is part of Russia, but has a status of a republic and some limited independence, with their own leader.

Heavy negotiations would need to take place among the Syrian players to arrive at a common outcome and nobody is suggesting that this would be a simple procedure. However as the conflict drags on, and as more people continue to suffer, it is time to start putting new ideas on the table, and partitioning Syria is certainly one of the suggestions that could work.