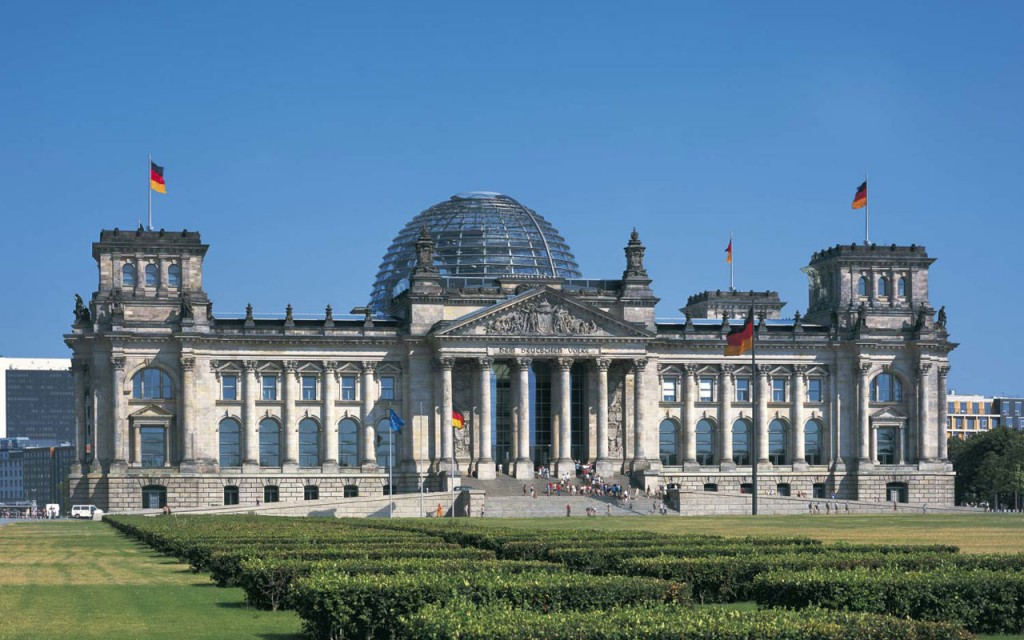 In the discussion of British constitutional reform, Germany is often lauded as an exemplar of ‘decentralised yet interconnected’ democracy. Indeed, Michael Tavares, from whom the previous quote is taken, went so far in his recent article as to suggest there are solutions in the German system to the UK’s systemic elitism and centralism, and to the impassivity among both the electorate and politicians alike.

I am a champion of the German system in situ. It is elegant, unique, and is in many ways responsible for the Europe we know and love, or hate, today. However, it has a context. That context is of course grounded in the post-War (don’t mention the war) period. The German system was imposed by the Western powers in the Basic Law or Grundgesetz which serves as the German constitution. It was designed firstly to accommodate the cultural and political differences across the German states, and secondly to prevent any possibility of a new dictatorship. Germany can constitutionally levy only a limited military force, cannot engage directly in war, and cannot build a nuclear arsenal. It is though, a very enlightened system; a Sozialstaat – a social state or, perhaps more appropriately, a state with a constitutional social conscience. The Grundgesetz is also a very prudent model, public debt is constitutionally capped and the central bank is completely independent of government. And entirely unique to any constitution in any state, the constitution demands that Germany pursue policies of European unity.

However, despite all its virtues and how well it may seem to function from the outside, if you were to ask someone familiar with German politics what could be said to be fundamentally wrong at a systemic level with the German model, I think the answer would be unanimous. The German model is stuck. Sharpf crystallised this problem in the 1980s, coining the now famous term ‘joint-decision trap’. The German model has so many separated national and regional institutions and agencies, many with veto powers, that any decision must be watered down to be amenable to every concerned party. In some areas this is functional and pleasing – the environment, for example – yet in others, such as constitutional reform, it makes meaningful political action impossible. The latter point is particularly important because where at least in the UK, a referendum on voting reform was taken and discussions on upper house reform are being made – these sorts of reforms would be entirely impossible from the outset in Germany.

There is a very good reason for this. The German constitution is not a true constitution and should no longer exist. The Grundgesetz was imposed by the post-War Allies with no more foresight than to re-unification. At the time, this was expected to be forthcoming in ten or twenty years. Few then expected division to last and the GDR to prop up a limping USSR nearly into the new millennium. West Germany was not envisioned to achieve full statehood in its post-War form. This is precisely why the word Verfassung (constitution) was not used by the American, British and French drafters. Indeed, Article 146 of the Grundgesetz states that after unification, on the day on which a constitution freely adopted by the unified German people takes effect, the Grundgesetz will cease to apply. Germany in its current form was not expected to be independent of Western supervision and presumably even on unification, the Allies had in mind to play a role in the drafting of that new constitution also. On reunification in 1990, the Grundgesetz’s provisions for reuniting the divided Germanies were not pursued. Instead, they were absorbed under provisions allowing the East German constituent states (sing. Land, pl. Länder) to vote to join West Germany. Therefore, the Germanies did not constitutionally reunite. West Germany simply absorbed its Eastern brother. The constitutionality of the constitution is, in my opinion, therefore somewhat questionable.

When British reformists put on their Schwarz-Rot-Gold glasses and see flexibility and decentralisation, I see consternation and an anachronistic system – which I am aware is a bold statement about a ‘constitution’ formed in 1947. The British system is imperfect. Democracy is imperfect. I hold as the most truthful statement on democracy to be that of Kant in Perpetual Peace – ‘democracy is, properly speaking, necessarily a despotism’. Inherently a political will is imposed by the ‘ “all”, who are not quite all, who decide’. In Britain this often leaves us swallowing the distasteful ‘mandate’ of a party who were voted in by a fraction of the population. However, it does allow the state to adapt by actually allowing the executive an unfettered decision. Even though our unwritten constitution is old, it provides the flexibility of the executive to act howsoever they see fit while in power. The German political system possesses very limited ability for the executive to enact change without total unanimity, either of the political representation in the Bundesrat or of the state institutions nationally. I fear therefore that in the future Germany will be left behind.

The German system is no more democratic in principle or practice than the UK’s. Not voting is a right as much as actually voting is, therefore poor turnout cannot be used to undermine the democratic credentials of the British system. The majority of the votes yield the decision maker(s), as much in the House of Commons as in the Bundestag. The problems we face in this country are issues of apathy, ineffective representation owed to a bipartite lower house, and political aversion to power sharing. These will not be solved by constitutional reform.

Guest Article By: Mark A Grimes

Mark Alexander Grimes holds a BSc. in Geography, Politics and International Relations from Royal Holloway, an MA in Geopolitics, Territory and Security from King’s College London, and is a current post-graduate law student at BPP University.