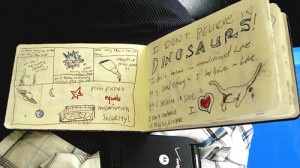 Years ago, it was thought that people were directly affected by what they hear in the mass media. This came to be known as the ‘hypodermic syringe theory’, which posited that the mass media directly injects messages into the audience, who absorbed the messages like sponges and helplessly acted upon them. Despite incidences where the mass media has directly affected listeners, such as the famous mass panic over fears of a Martian invasion during Orson Welles’ radio dramatisation of War of the Worlds, the theory is widely discredited today. Nevertheless, it still enjoys candid support from figures on both the left (who believe the media is an apparatus to disseminate capitalist ideology) and the right (who claim moral crises are products of the mass media) of the political spectrum.

It’s a fashionable, but naive, attitude that the contemporary world is now media-savvy enough to spot discrepancies, whether a political bias or outright censorship. The mind is still susceptible to believe in something which, in theory at least, is presented as logically possible; and today’s audiences often believe what is broadcast because they believe that the media outlets are accountable to regulatory bodies who oversee their work, and ensure only verifiable, accurate information is presented.

For example, the Discovery Channel launched its yearly highest rated week of programming, Shark Week, with a documentary called ‘Megalodon: the Monster Shark that Lives’. The documentary showed marine biologists hunting Megalodon, “a massive killer great white shark responsible for a rash of fatalities off the coast of South Africa.” The expedition appeared particularly dangerous since footage was shown of a shark toppling a fishing vessel and of a huge shark-like shape moving through the water. A whale which had its tail bitten off was also reportedly the work of a megalodon.

Cue the Jaws music! A great documentary by the world’s number one non-fiction media company showing shark-nerds in genuine danger! Science how it should be: the pursuit of knowledge and capturing footage of a monster predator rather than lab work! But there is a problem with the ‘monster shark that lives’. It doesn’t; and it hasn’t for over a million years. The documentary is a fake. Soon after the documentary there was an outcry, with many viewers feeling misled (rightly so, ‘the Monster Shark that Lives’ implies it didn’t die out). Some compared the ‘documentary’ to the Blair Witch Project. There is also a more disturbing effect: a post-show poll revealed that the effects used in the documentary had convinced 79% of people that Megalodon is alive today, while only 27% thought the shark was extinct and “the scientists are right.”

In the dying seconds of the programme, this disclaimer flashes across the screen: “None of the institutions or agencies that appear in the film are affiliated with it in any way, nor have approved its contents.” Two other disclaimers were shown: “certain events and characters in this film have been dramatized,” and that “legends of giant sharks persist all over the world; there is still debate about what they may be.” The ‘documentary’ never said it was fake and these confusing disclaimers don’t mention anything about the scientific consensus.

It has been claimed that the point of the exercise was to raise questions rather than answer them. It is still not good enough, but perhaps it is worth pondering how the scientific community would respond to the re-emergence of an extinct species (there was a flurry when the coelacanth was re-discovered; imagine what would happen if a megolodon were to be found). Executive producer Michael Sorensen, in a post-documentary interview, explains shark week wanted to explore the possibilities of giant sharks (and presumably other undiscovered creatures of the sea), pointing out the world’s largely unexplored oceans could, though unlikely, house something similar to megalodon. Again, this flies in the face of the scientific consensus. (It’s equally unlikely that such a mission would be carried out by an impossibly attractive group of scientists). If we are to accept Sorensen’s excuse, why the need for a ‘mockumentary’? It could have been done differently, and accurately.

The mockumentary sub-genre is more engaging since its narrative makes the programme easy to follow. However, this was aired as fact. It has contributed to the blurring of the boundaries between information and entertainment, changing the effect information has on us. Serious investigation becomes less serious, undermining the credibility of popular science. Fact and fiction become blurred; which is bad practice for Discovery, a company which bills itself as a non-fiction enterprise specialising in the natural sciences. Most importantly in a case such as this, however, it was never explicitly stated that it was a fake (and there is no good reason why a fake would be shown at the start of Shark Week anyway), and the engaging nature of the programme clearly fooled unsuspecting people into thinking it was real. This year’s Shark Week was a success across all major demographics, and many attributed this to the success of the documentary about megalodon, which almost 5 million people watched.

The hypodermic syringe theory has been discredited, yet the appealing, suspense-filled documentary managed to convince the audience of megalodon’s existence. Clearly humans are still susceptible to science fiction, rather than science fact.

French Secularism or Anything But? Part 2

French Secularism or Anything But? Part 2